(CNN) - He rode a wave of voter anger to a surprise win in a Minnesota governor's race more than a decade ago. Now Jesse Ventura says he could try it again, this time for president.

On CNN's "Crossfire" Friday night, the always-outspoken Ventura declared himself "a member of no parties" as he called for the abolishment of political parties. Asked if he would run for president in 2016, Ventura quickly said, "Maybe."
END_OF_DOCUMENT_TOKEN_TO_BE_REPLACED

Fairfax, Virginia (CNN) - Virginia GOP gubernatorial hopeful Ken Cuccinelli said Friday that the Affordable Care Act is “the law of the land” and called on members of Congress to pass a short-term spending bill that would bring the ongoing government shutdown to an end.

“This is no way to run a government, especially a super power,” Cuccinelli told reporters after convening a roundtable discussion with area physicians to discuss flaws in the health care law.
END_OF_DOCUMENT_TOKEN_TO_BE_REPLACED

Washington (CNN) – A key feature on the website where Americans can enroll for President Barack Obama’s federal health care exchanges will be taken down during early morning hours this weekend for maintenance, officials said on Friday.

Due to what is described as a volume-driven glitch, the repairs will add capacity to the overloaded healthcare.gov and “improve the overall consumer experience,” an administration official said.
END_OF_DOCUMENT_TOKEN_TO_BE_REPLACED

Washington (CNN) - Many House Republicans concede the government shutdown likely won't be resolved until the next major congressional deadline in mid-October when Congress needs to raise the nation's debt ceiling.

"I don't see anything happening with the shutdown until we get to some kind of a plan for a bigger agreement," Louisiana Rep. Charles Boustany told reporters after House Speaker John Boehner and other GOP leaders huddled with House Republicans on Friday.

DYSFUNCTION REIGNS: Grandstanding rhetoric abounded but little tangible progress was evident on Friday, the fourth day of a government shutdown both Republicans and Democrats say they don't want but claim they are unable to stop.

I GET NO RESPECT: CONSERVATIVES SAY THEY NEED IT IN SHUTDOWN DEBATE… The great government shutdown of 2013 is about Obamacare and budget priorities, but it also is about respect. Conservative Rep. Marlin Stutzman of Indiana went further, telling the Washington Examiner that "we're not going to be disrespected." He went on to say, "We have to get something out of this," he said. "And I don't know what that even is."

END_OF_DOCUMENT_TOKEN_TO_BE_REPLACED

(CNN) – Hillary Clinton isn't ready to think about whether she's running for president. Not yet at least. Next year? Probably.

"I want to think seriously about it; I probably won't begin thinking about it until sometime next year," Clinton told an audience on Long Island Friday, according to Newsday.
END_OF_DOCUMENT_TOKEN_TO_BE_REPLACED 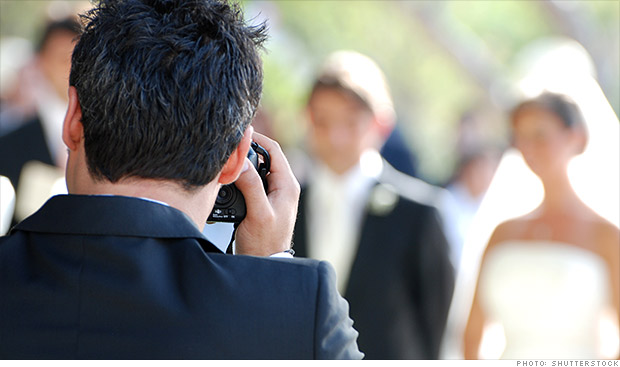 (CNNMoney) - The government shutdown has already caused some small businesses to lose work and money, according to a new CNNMoney/Thumbtack.com survey.

Of the 100 business owners who responded, 46% said their firms were feeling the impact of the shutdown, including cancellation of ongoing work and less new work coming in.

(CNN) – Cory Booker may have taken his diminished lead in the latest polls to heart, starting out on the offensive against Steve Lonegan in the first debate for New Jersey's Senate seat and never letting up.

Lonegan, who trails Booker by 12% and 13% in the most recent polls, returned the favor, blasting Booker's record as mayor of Newark while Booker in turn repeatedly painted Lonegan as a "tea party extremist."
END_OF_DOCUMENT_TOKEN_TO_BE_REPLACED

Washington (CNN) – On Day Four of the shutdown, the White House sought to distance itself from a quote that depicted a celebratory Obama administration with a strategic upper hand.

White House spokesman Jay Carney responded to a Politico reporter asking if he stands by a quote published by The Wall Street Journal that cites a senior administration official as saying: "We are winning...It doesn't really matter to us" how long the shutdown lasts "because what matters is the end result."
END_OF_DOCUMENT_TOKEN_TO_BE_REPLACED