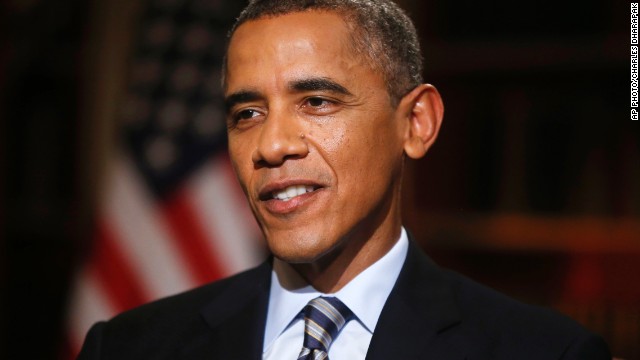 (CNN) - President Barack Obama in an exclusive interview with the Associated Press released Saturday laid responsibility for the government shutdown squarely at the feet of House Speaker John Boehner.

"We can vote to open the government today," Obama told the Associated Press. "We know that there are enough members in the House of Representatives - Democrats and Republicans - who are prepared to vote to reopen the government today. The only thing that is keeping that from happening is Speaker Boehner has made a decision that he is going to hold out to see if he can get additional concessions from us."

Much of the government has been shutdown - hundreds of thousands of workers furloughed, national parks closed, programs for anything from child care to space exploration shuttered - for five days. And it's likely to remain closed for several days if not weeks more, House Republicans concede.