Speaking six days into a partial government shutdown and 11 days before the Treasury Department expects to hit its statutory debt ceiling, Boehner told ABC's "This Week" that he wants "a serious conversation" about spending, but no tax increases. 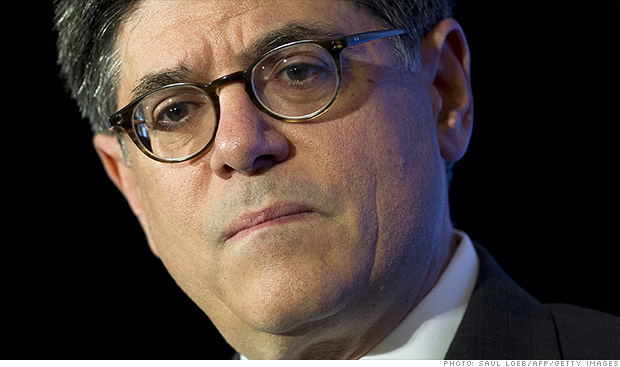 New York (CNNMoney) - If the United States were to get close to the debt ceiling deadline, or even go over it, the consequences would be unthinkable, warned U.S. Treasury Secretary Jack Lew.

In a series of TV interviews, Lew sounded alarm bells over the fast-approaching limit to the U.S. borrowing authority. With the deadline just over a week away, Lew blasted lawmakers for "playing with fire" by not raising the debt limit.

(CNN) - House Speaker John Boehner stated Sunday that a majority of his Republican colleagues continue to stand by their demand that any negotiations over reopening the federal government need to be tied directly to talks over Obamacare. The speaker also warned that Congress would not approve an increase in the nation's debt limit unless the president negotiated with congressional Republicans.

Boehner's comments come as Monday will mark the seventh day of the federal government shutdown. And to complicate matters, the White House has warned the country will no longer be able to meet its financial obligations unless its borrowing power is extended by Oct. 17. The speaker said it was imperative for the president to negotiate with Republicans.
END_OF_DOCUMENT_TOKEN_TO_BE_REPLACED

No compromise in sight to end shutdown

(CNN) – Moderate Republican Rep. Peter King said Sunday there’s “no way” enough House Republicans will side with Democrats on passing a “clean” continuing resolution to fund the government and end the shutdown crisis. A "clean" resolution would be one that has no language that makes changes to Obamacare.

The idea came up Saturday, when House Democratic Leader Nancy Pelosi announced that 195 House Democrats signed their names to a letter saying they’ll support a resolution in line with a budget that has received support from some House Republicans.
If House Speaker John Boehner put the resolution to a vote, Democrats would need about two dozen more votes from Republicans to reach a two-thirds majority.

(CNN) - Sen. Ted Cruz of Texas linked raising the debt ceiling to funding the Affordable Care Act in an exclusive interview Sunday on CNN's "State of the Union” with Candy Crowley.

“The debt ceiling historically has been among the best leverage that Congress has to rein in the executive," Cruz said.
END_OF_DOCUMENT_TOKEN_TO_BE_REPLACED

(CNN) - Outlined below are some key cases the Supreme Court is scheduled to tackle in its 2013-14 term, which starts Monday.

Forty-eight appeals are currently on the docket. As many as three dozen more are expected to be added in coming months. The caseload for the term is usually settled by February, with the term effectively ending in late June. 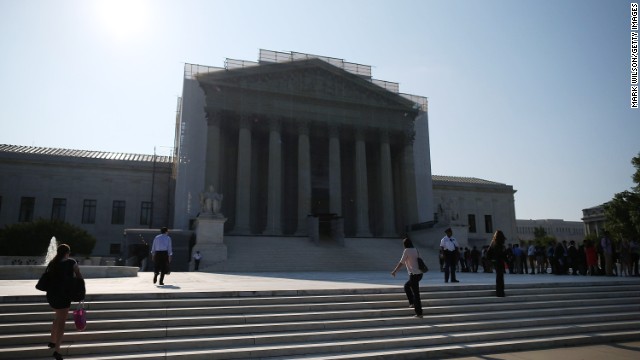 Washington (CNN) - Shaun McCutcheon is an electrical engineer by trade, but grassroots politics may be his true passion.

The Alabama native has worked for years with his local Republican Party in Birmingham, and is chairman of Conservative Action Fund, a so-called "super PAC" that "promotes conservative Republicans' time-proven messages and effective solutions."

Lew: 'Congress is playing with fire' on debt ceiling

(CNN) - With 11 days left for Congress to vote to raise the nation's borrowing limit, and the government shut down, Treasury Secretary Jack Lew underscored the importance of raising the debt ceiling to avoid dire consequences domestically and around the world.

"On the 17th we run out of our ability to borrow, and Congress is playing with fire if they don't extend the debt limit," Lew said, appearing Sunday on CNN’s "State of the Union” with Candy Crowley.
END_OF_DOCUMENT_TOKEN_TO_BE_REPLACED