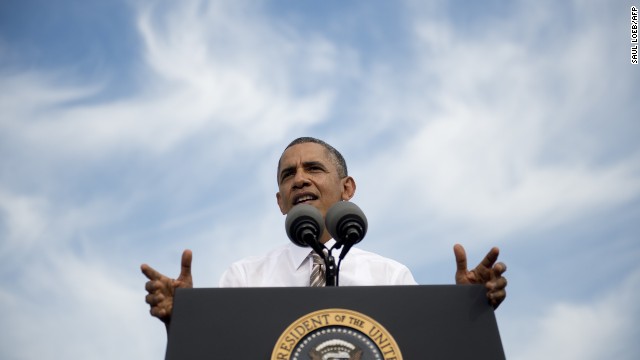 After threats of default and many meetings between President Barack Obama and congressional leaders in August 2011, an increase in the debt ceiling in three stages was included in the Budget Control Act.

That law imposed automatic spending reductions known as sequester, established a joint committee on deficit reduction, and required a vote on a balanced-budget amendment.

There also were votes in the 1970s and 1980s on the debt limit, which included requirements for a balanced budget vote, a cigarette tax and the push for an alternative minimum tax.

“During the Clinton administration, there were three fights over the debt limit,” House Speaker Rep. John Boehner (R-Ohio) told ABC News on Sunday. “I don't want the United States to default on its debt. But I'm not going to raise the debt limit without a serious conversation about dealing with problems that are driving the debt up. It would be irresponsible of me to do this.”

The White House says, unlike previous occasions, this time there are preconditions set by the Republicans attached to any debt ceiling hike.

Some House conservatives still want to see changes in Obamacare tied to any hike, while Boehner wants discussions relating to entitlements and the deficit.

For his part, Obama has said he will negotiate over the budget and other issues but will not tie that to the debt ceiling because of a precedent it will set.

“What I’ve said is that I cannot do that under the threat that if Republicans don’t get 100 percent of their way, they’re going to either shut down the government or they are going to default on America’s debt so that America for the first time in history does not pay its bills. That is not something I will do. We’re not going to establish that pattern,” Obama said on Monday.

“We’re not going to negotiate under the threat of economic catastrophe that economists and CEOs increasingly warn would result if Congress chose to default on America’s obligations,” he said.

Since March 1962, Congress has enacted 77 separate changes to the debt limit, according to the non-partisan Congressional Research Service. Between April 1993 and this year, there were 15 increases approved by Congress.

White House spokesman Jay Carney argued Monday the 2011 increase, which came after Republicans demanded a reduction in federal spending, included the deep automatic, across-the-board sequester cuts that he said have hurt the economy.

“Only in 2011 was a process engaged in where one party decided to use the raising of the debt ceiling as leverage to try to get political demands to the point where they threatened default,” Carney said. “There were profound negative consequences to that strategy. And that is why the president has taken the position he’s taken.”

Kevin Hassett and Abby McCloskey of the American Enterprise Institute last week wrote in a column for the Wall Street Journal 60% of debt limit increases that included other legislative items came in Democratic Congresses while 15% came in Republican-led ones and the remaining 25% were in divided ones.

“Debt-limit votes have provided a regular vehicle for legislation. Divided governments have a difficult time passing anything. Since the consequences of government default are so severe, debt-limit legislation has always passed in the end, and it has often included important additional legislative accomplishments,” the pair wrote.