According to multiple sources familiar with the meeting, the President and House Republicans had been going around and around for about an hour with no resolution on a path forward. Republicans emphasizing, over and over, what the House Speaker laid out: pass a six-week debt ceiling extension, then sit down immediately and start negotiating. The negotiations would begin with discussions to fund and re-open the government. The president kept pressing Republicans to re-open the government right away.
END_OF_DOCUMENT_TOKEN_TO_BE_REPLACED

Washington (CNN) - Several senior Republican senators from across the ideological spectrum expressed frustration Thursday that the latest proposal from House GOP leaders for a short-term hike in the debt ceiling didn't also include a plan to reopen the government.

It's been seemingly nonexistent in Washington for weeks, as Republicans and Democrats squabbled about funding the government and whether to raise its borrowing limit. Both sides drew their lines in the sand and talked vociferously at each other, but not to each other.

(CNN) - The Supreme Court announced it will remain fully open through next week.

Federal court officials had earlier indicated the entire judiciary would run out of contingency funds October 15, but said Thursday additional emergency funding was found to keep all the courts running normally for an additional two days at least.
END_OF_DOCUMENT_TOKEN_TO_BE_REPLACED

Shutdown polls: No winners, but a bigger loser

Washington (CNN) - A week and a half into a partial government shutdown and one week before a crucial deadline to raise the nation's debt ceiling, new polls indicate that Americans are angry and are blaming both political parties for the impasse.

Sixty percent of people questioned in an NBC News/Wall Street Journal survey released Thursday say if given the chance to vote to defeat every single member of Congress, including their own representative, they would. That's the highest level ever recorded on that question in NBC News/Wall Street Journal polling.  END_OF_DOCUMENT_TOKEN_TO_BE_REPLACED

The issue became an emotional political flashpoint because it had been cut during the government shutdown.
END_OF_DOCUMENT_TOKEN_TO_BE_REPLACED

The conservative firebrand and self-made arch-foe of the Affordable Care Act was on CNN’s “Crossfire” to defend the tactics he proposed that helped drive the United States to a government shutdown.
END_OF_DOCUMENT_TOKEN_TO_BE_REPLACED

Washington (CNN) - So is an end in sight?

House Speaker John Boehner - the top Republican in the fight that's led to a government shutdown and the threat of a first-ever U.S. debt default - left the White House on Thursday evening without commenting on a highly anticipated meeting with President Barack Obama. 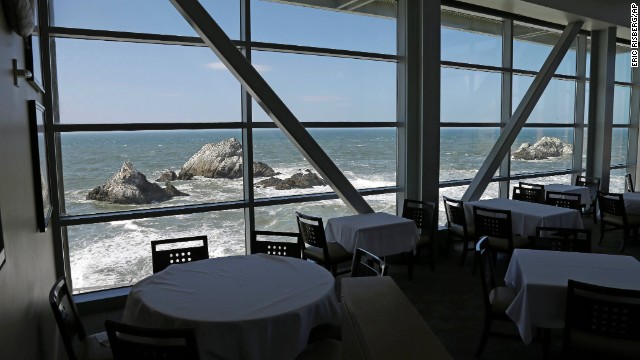 It may be time to add turned over to the people, too - if the volunteerism of a few kind people, companies and philanthropies is any indication.

Republican congressman: Defunding Obamacare is 'off the table'

Posted by
By CNN's Jake Tapper and Sherisse Pham

Washington (CNN) - In one week, the Treasury will run out of cash to pay its bills if Congress fails to raise the debt ceiling. House Republicans are now offering a six-week extension of federal borrowing to avoid that scenario.

But what about the government shutdown – the consequence of inaction on federal spending and bitter partisan warfare over Obamacare that has gripped the nation since last Tuesday and shows no sign of ending?