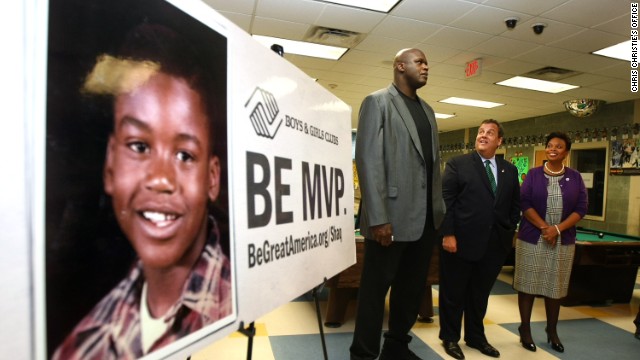 The two paired up in March when the seven-foot tall basketball legend visited the statehouse in Trenton to discuss potential involvement in the state's gun buyback program.

Their handshake made quite the photo.

You know it’s a fun day in Trenton when @shaq stops by for a visit. pic.twitter.com/NUvfpsgc8r