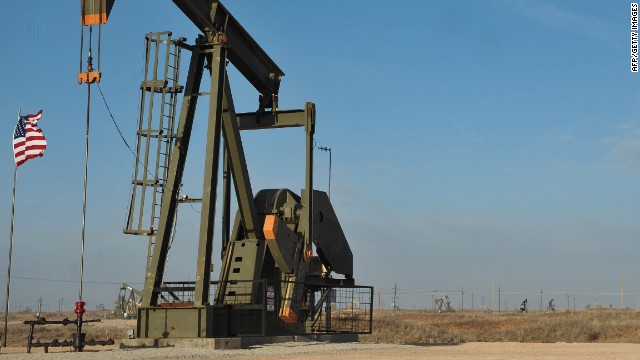 Washington (CNN) - The U.S. Energy Information Agency announced it will furlough 346 federal employees and more than 200 contractors at close of business on Friday. The furloughs affect nearly the entire EIA staff and will force the agency to cease operations beginning next week.

“Data releases and analyses will not be published during the furlough of EIA staff,” spokesman Jonathan Cogan said in a statement announcing the furloughs.

If the government shutdown is resolved soon, the EIA’s closure isn’t likely to have too big of an economic effect, said Kenneth Medlock, senior director of the Center for Energy Studies at Rice University’s Baker Institute for Public Policy.

Every week, the EIA releases reports on the inventory of natural gas, crude oil and petroleum in storage. Prior to the release, commodities traders place bets on the storage levels, and those bets are resolved by the EIA’s data.

According to Medlock, the most immediate impact will be less informed investments on the commodities market and possible market corrections on energy prices when EIA reporting resumes.

“Market intel is going to say X, and you don’t really know whether to unwind your position or reinforce your position until the storage report is released and that’s housed at EIA,” said Medlock, adding that the process is now going to be “a lot less informed.”

While the short term impact is primarily on the energy market, depending on how long the shutdown lasts consumers could see a moderate impact on prices at the gas pump. This is due to the impact EIA storage reports have on energy prices based on supply and demand. When the reports show an increase in storage levels, prices tend to go down. When the reports show a decrease in storage levels, prices tend to go up.

These storage reports are based on survey results, and the EIA instructed its respondents to continue to submit data during the shutdown so the storage surveys can be brought up to date once the agency’s reporting resumes. The longer the shutdown lasts, the longer traders are left to guess at storage levels without the transparency provided by the EIA.

“If the bets are that storage is building and then EIA down the road compiles the data and it turns out storage didn’t build as much or dropped a little, there could be a correction in the market,” Medlock said. “It creates an additional level of uncertainty. You don’t have that clear signal about supply and demand that you usually do.”