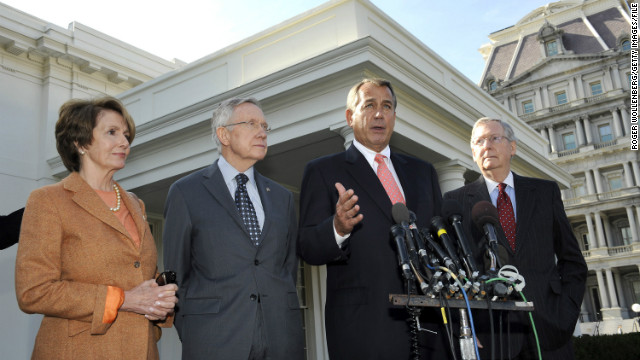 (CNN) - A meeting between President Barack Obama and congressional leaders planned for Monday afternoon has been postponed, the White House announced, saying the delay would allow Senate leaders time to continue negotiating a compromise to end the partial government shutdown and avoid a U.S. default as soon as Thursday.