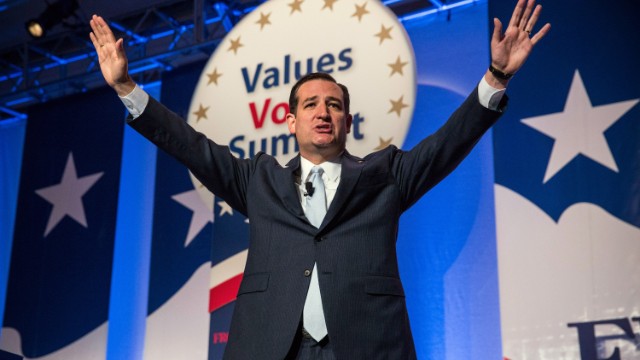 Houston: We have a problem, his name is Ted Cruz

(CNN) – The Houston Chronicle took freshman Sen. Ted Cruz to task in a new editorial, saying his predecessor would have been better suited for the ongoing gridlock on Capitol Hill.

"Does anyone else miss Sen. Kay Bailey Hutchison?" the editorial stated.

Hutchison, known as a more moderate Republican, retired in January after serving in the Senate for two decades.

While the Chronicle endorsed Cruz in last November's Senate election in Texas, the editorial board made it clear it would rather see Hutchison still in Washington.

"One reason we particularly believe that Hutchison would make a difference in these hectic days is that if she had kept her seat, Cruz would not be in the Senate," the editorial read.

Cruz gained national attention as the face of a Republican strategy to tie anti-Obamacare provisions to must-pass spending legislation. The Democratic-controlled Senate and the White House, however, strongly objected, and the stalemate resulted in the partial government shutdown that went into effect October 1.

While Cruz has seen strong criticism, from both Republicans and Democrats, the potential presidential contender still rallied the conservative base and saw strong fundraising numbers in the three months leading up to the shutdown, bringing in a little more than $1 million.

He also won a recent presidential straw poll by a wide margin at a social conservative gathering in Washington.

The editorial argued Hutchison was better at "reaching across the aisle when necessary," something "neither sitting Texas senator has displayed." Republican Sen. John Cornyn is the other senator from the Lone Star State.

"When we endorsed Ted Cruz in last November's general election, we did so with many reservations and at least one specific recommendation – that he follow Hutchison's example in his conduct as a senator," it continued.

The Houston Chronicle largely has a history of endorsing Republican presidential candidates. However, in 2008 it endorsed Democratic nominee Barack Obama.