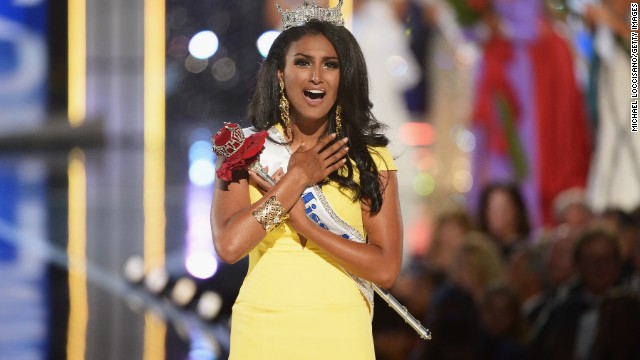 Washington (CNN) - While waiting on Congress to reach a deal, President Barack Obama appears to be multitasking.

The President met Wednesday with Miss America Nina Davuluri, winner of the 2013 crown.

Had the pleasure of having a conversation with President @BarackObama in the Oval Office today! @NinaDavuluri #Celebration13

A White House official said Davuluri participated in a group photo with the President in honor of the Children's Miracle Network Hospital Champions.

“Following the photo, she briefly visited the Oval Office,” the official added.