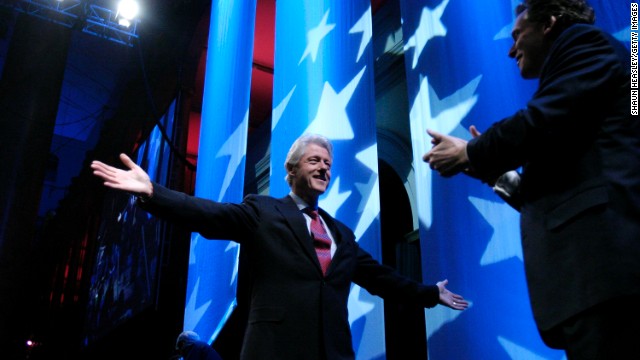 Bill Clinton to hit the Virginia campaign trail for McAuliffe

McAuliffe's team announced Sunday that the 42nd president will kick off a three-day tour with the Democratic nominee in Virginia on October 27.

In the heated governor's race, McAuliffe has an advantage over Republican Attorney General Ken Cuccinelli. According to an NBC4/NBC News/Marist poll released last week, 46% of Virginia's likely voters support the Democrat, while 38% back Cuccinelli.

Clinton has already headlined fundraisers for McAuliffe this cycle and also turned out for his friend in 2009 when McAuliffe last ran for the Democratic nomination for governor.

Sunday's announcement came one day after former Secretary of State Hillary Clinton re-emerged on the political scene and appeared at a public campaign event for McAuliffe in Falls Church, Virginia.

McAuliffe served as chairman of Bill Clinton's 1996 campaign for re-election and as co-chairman of Hillary Clinton's 2008 bid for the Democratic presidential nomination.

He was also the chairman of the Democratic National Committee from 2001-05.

Anna Nix, press secretary for Cuccinelli, said it's "not surprising" that McAuliffe "needs folks like President Clinton to speak for him."

"Virginians will not be fooled. There's only one candidate in this race with a credible plan to create 58,000 jobs and ensure our children have access to a quality education: Ken Cuccinelli," she said in a statement.