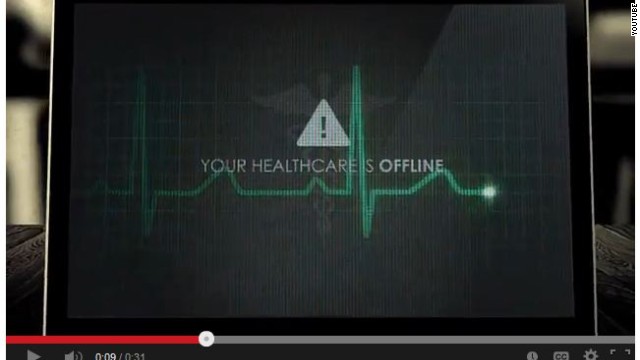 (CNN) - Leading conservative group Americans for Prosperity says it's coming out with a series of ads applauding the members of Congress who stood against Obamacare while blasting those who supported the health care law.

AFP announced the ads in a release Wednesday promising three weeks of web, TV and radio coverage across parts of Florida, Arizona, California, and Colorado, as well as phone banks and door-to-door canvassing across the target districts.

"Legislators who have consistently stood against ObamaCare deserve to be thanked for doing the right thing, and those responsible for bringing about this debacle need to be held accountable," AFP President Tim Phillips said in the release.

"The result of ObamaCare so far has been diminished choice and higher premiums, accompanied by an astonishingly inept rollout that perfectly exemplifies the inefficiency of Big Government."

Republican Representatives Steve Southerland of Florida and Mike Coffman of Colorado are both getting laudatory ads each customized to the individual Congressman.

"Steve Southerland is fighting back, working to stop Obamacare," says the announcer in one.

"Call Congressman Mike Coffman and thank him for fighting for us and against Obamacare," says the other.

Conversely, Democratic Congressmen Scott Peters of California and Ron Barber of Arizona are being targeted with attack ads nearly identical to one another.

"Tell him Washington can do better than Obamacare," the ad urges, referring to Peters in one and Barber in the other.

AFP claims to be "the nation's largest advocate for health care freedom" and continues to urge for the full repeal of the Affordable Care Act, better known as Obamacare. The group has already spent millions targeting the law, particularly on what they see as unfair exemptions granted to members of Congress and big business.