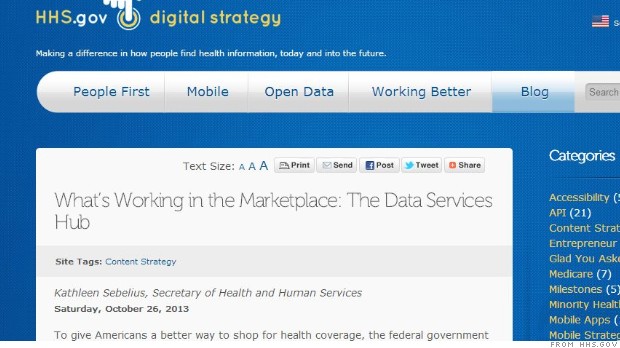 Obamacare 'hub' back online after malfunction

(CNNMoney) - A key tech malfunction that brought down the Obamacare website Sunday was fixed Monday morning, a federal official said.

Joanne Peters, a spokeswoman for the Department of Health and Human Services, said a networking problem at contractor Terremark, a subsidiary of Verizon, was to blame for the outage. Peters said Terremark had "experienced a failure in a networking component," and the attempted fix crashed the system.