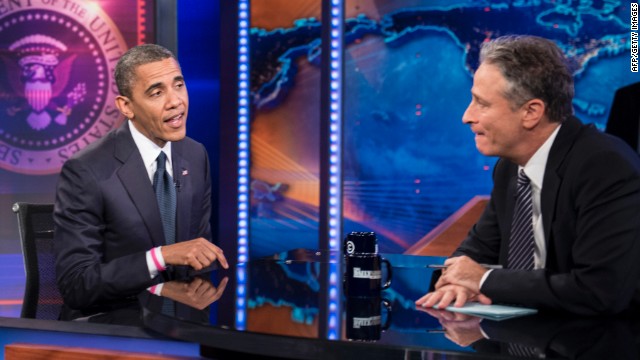 (CNN) - The Republican National Committee is continuing its attack on Obamacare, this time with an ad aimed at one of the law's premier audiences, young people.

The RNC says that they'll run a commercial Tuesday night on Jon Stewart's "The Daily Show" on Comedy Central, a program that's popular with younger viewers. The spot, which the party committee says will air only in the Washington, D.C. television market, is one of four the RNC has produced.

All four ads are themselves ripped from popular culture, featuring two characters, "The Private Sector" and "ObamaCare." The ads are inspired by the Apple commercials that featured actor Justin Long introducing himself as "I'm a Mac," in contrast to his bumbling friend, "I'm a PC." Those spots stopped airing in 2010.

The ad that will run Tuesday night is called "Down," and features an overweight "ObamaCare" who's "just down for a little maintenance."

"Down for maintenance?" "The Private Sector" says incredulously. "I don't understand. I work all the time. 24/7. Customers depend on it."

"Hey look, before you know it, we'll be just like the DMV," "ObamaCare" replies.

The partial government shutdown over funding of Obamacare and especially the disastrous rollout of the health care law's online insurance exchanges have emboldened Republicans. They continue to hammer the law, formally known as the Affordable Care Act, which is shaping up to likely be one of the key issues of the 2014 midterm elections.

"The disastrous rollout of healthcare.gov is just the latest evidence that the massive legislation was poorly conceived and terribly crafted," RNC Chairman Reince Priebus said in a statement announcing the ads.

"These videos help to convey the absurdity of ObamaCare and the administration's careless behavior."

It is precisely the demographic that watches "The Daily Show" that the Obama administration needs to sign up for health insurance through the online marketplaces. They need young, healthy and low-risk consumers to buy into the system in order to offset the cost of insuring individuals who use far more health care. Otherwise, premiums will rise precipitously.