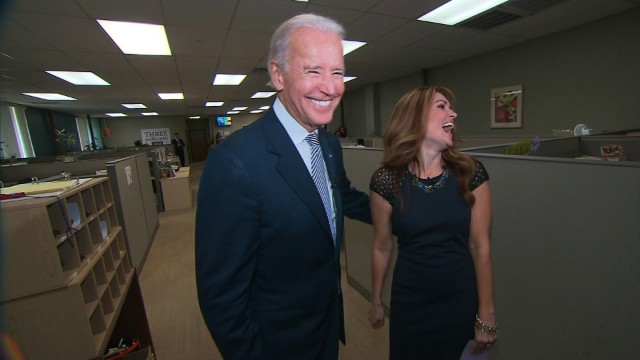 Biden is all smiles when it comes to 2016

(CNN) - Vice President Joe Biden laughed off a question about his plans for 2016 from HLN's Christi Paul Wednesday.

The two were discussing attending this year's inaugural parade when Paul asked the Vice President if she might see him at the next inauguration in 2017.

Biden, who's considering another run for the White House, didn't say much in response but he gave Paul a big grin, and perhaps a gleam in the eye.

So come late January in 2017 Biden will most likely be in D.C. whether or not he is the new president of the United States.