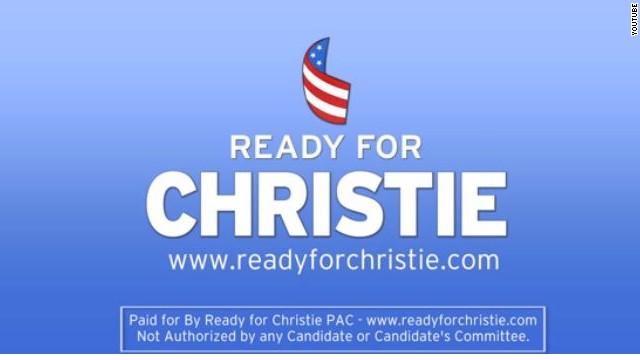 Group forms to back Christie in 2016

Two Chris Christie fans from the Midwest announced they filed paperwork with the Federal Election Commission to form a political action committee supportive of the Republican New Jersey governor and his potential 2016 presidential bid.

The group's name resembles the name of a similar group encouraging Hillary Clinton to run.

Where does Christie go next?

While "Ready for Hillary" got started with the help of a few experienced political hands, "Ready for Christie"was started by Joe Colby, whose Twitter account lists him as a media arts major at Ohio University, and Matt McKnight, who's billed as a "former Congressional staffer with a finance background" and also appears to be a student at Ohio University.

In an email, the group acknowledged it did not have an extensive background in politics or organizing, but argued they will not be "underestimated, or overlooked" because of their age.

"We will not be dismissed as 'too young to understand the issues' or develop answers to the challenges that face this Nation," the email stated.

According to their website, their goal is to "convince" Christie to seek the GOP nomination for president and "support him if he chooses to launch a campaign." They also created a one-minute web video, splicing together quotes from Christie's high-profile speech at the Republican National Convention.