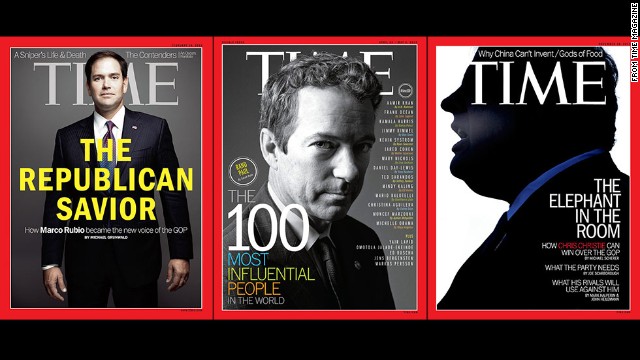 Washington (CNN) - The path to the White House is paved with former frontrunners - or maybe call them buzzleaders, since we're three years away from 2016 and nobody is officially running for president yet.

Time magazine has put three different GOP lawmakers on its cover. First it was Marco Rubio. Then it was Rand Paul. Now it is Chris Christie.