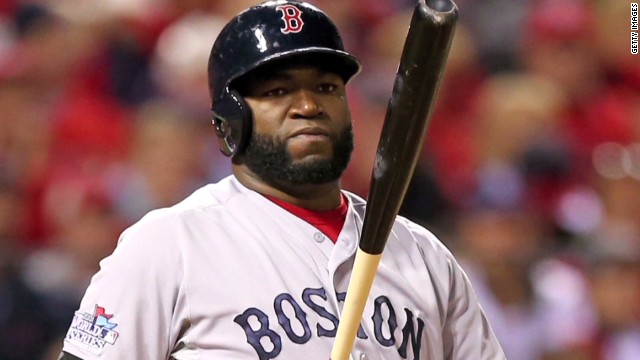 CNN BELIEF: THE “COVERAGE GAP” IN THE BIBLE BELT: When people talk about the Affordable Care Act, most focus on the troubled launch of its website. But another complication of the law has received less attention: a “coverage gap” that will leave nearly 5 million poor Americans without health care, according to a Kaiser Health Foundation study. The coverage gap was created when 25 states refused to accept the expansion of Medicaid under Obamacare. The people who fall into this gap make too much money to qualify for Medicaid and not enough to qualify for Obamacare subsidies in their state insurance exchanges. … Most of the people who fall into the coverage gap live in the Bible Belt, a 14-state region in the South stretching from North Carolina to Texas and Florida. – John Blake

SUBPOENAED, AGAIN: House Oversight Chairman Darrell Issa, R-California, is again pressing the IRS over its scrutiny of conservative groups seeking tax-exempt status. He issued another subpoena late Thursday to the Treasury Department, according to two spokespeople for the committee.- Lisa Desjardins and Deirdre Walsh and Ashley Killough

DEMOCRATS ARE NERVOUS
Some Democrats facing re-election battles next year are joining Republicans in calling for the administration to delay provisions of the 2010 law that survived a Supreme Court challenge last year. -Tom Cohen

THE BUZZ: MAYOR PAPI? WGBH had a post that caught our eye today that David “Big Papi” Ortiz placed third in the Boston mayoral election based on write-in votes. We called the elections division to check it out for ourselves and John Guilfoil, spokesman for Mayor Thomas Menino of Boston, told us that the “employees of this city do not spend their time counting votes for people who aren’t listed.” Guilfoil did acknowledge that Ortiz did receive numerous write in votes, but added there would be no way to ever confirm nor deny a third place finish, unless Ortiz specifically requests that the Boston Elections Commission counts them. When asked whether a celebrity has ever caused such a big splash in a race for public office in Boston, Guilfoil replied, “Not where it has created this much of a media reaction.”

Who was the first president to fly in an airplane? Why is the president’s airplane referred to as Air Force One?

Leading CNNPolitics: All in the (political) family
The 2014 elections will continue what has become a staple in American politics: the survival of powerful political families. Bush. Carter. Nunn. Udall. Cheney. These are familiar names from a previous generation - but also for a new one.- Dan Merica

Leading Boston Globe: Scott Brown gets a plea to run in N.H.
The signs are mounting. Scott Brown travels almost weekly to New Hampshire. Last month he formed a political action committee there to raise funds; this week he attacked the state’s Democratic senator on his favorite target: national health care. – Noah Bierman

Leading Drudge: 'THIS IS A VERY, VERY BAD DEAL'
A very unusual statement from the Israel prime minister on the eve of a possible nuclear detail between the U.S. and Iran. – Daniel Halper

Leading HuffPo: Obama Gets Behind Democrats' $10.10 Minimum Wage Proposal
President Barack Obama is throwing his support behind congressional Democrats' proposal to raise the minimum wage to $10.10 and peg it to inflation, more than a dollar higher than the $9 proposal he made in his State of the Union address in February. – Dave Jamieson

Leading Politico: GOP hits President Obama the manager
Strip away everything else, and the heart of Barack Obama’s appeal was supposed to be a very simple proposition: I’ve got this. – Edward-Isaac Dovere

Leading The New York Times: Rules to Require Equal Coverage for Mental Ills
The regulations, which the White House sees as part of a push to curb gun violence, will require insurers to cover care for mental health and addiction just like physical illnesses.- Jackie Calmes and Robert Pear

–Sebelius: 'We don't have a specific plan'–
HHS SECRETARY KATHLEEN SEBELIUS SPEAKING IN ATLANTA ABOUT FINDING A SOLUTION FOR PEOPLE AFFECTED BY OBAMA’S ‘YOU CAN KEEP YOUR PLAN’ PROMISE: “We're really talking about people in the individual market who wanted to get health insurance and so they're in the individual market. They may have a plan that they liked that did not have a lot of limitations and they're not eligible for subsidies so they're not seeing a price break in the marketplace. Figuring out who exactly they are, where they are … and what ways there can be to look at options for solutions is something that is under discussion. But there is no specific option right now.”

- A lukewarm welcome -
REP. TOM PRICE (R-GA) IN A PRESS RELEASE WELCOMING HHS SECRETARY SEBELIUS TO GEORGIA: "Perhaps while she's here, Secretary Sebelius could also explain to Georgians why the average cost of their health care premiums has skyrocketed: by 21.4 percent for a family of four; by 70.6 percent for a 50-year-old; and by a stunning 168.3 percent for a 27-year-old, the third highest rate increase in the nation."

- Logan: ‘We were wrong. We made a mistake’ -
CBS CORRESPONDENT LARA LOGAN ON CBS THIS MORNING APOLOGIZING FOR A FALSE REPORT SHE AND HER PRODUCERS RAN ON CBS' 60 MINUTES: "In this case, we were wrong. We made a mistake. … That's disappointing for any journalist. It's very disappointing for me. … What we know now is, he told the FBI a different story to what he told us. … That was the moment for us when we realized that we no longer had confidence in our source and we were wrong to put him on air, and we apologize to our viewers."

- Book deal gets suspended–
JENNIFER ROBINSON, SPOKESPERSON FOR THE BOOK PUBLISHER THAT WAS CONTRACTED WITH THE SOURCE USED IN CBS' 60 MINUTES BENGHAZI INTERVIEW: "In light of information that has been brought to our attention since the initial publication of THE EMBASSY HOUSE, we are suspending the publication and sale of this book in all formats, and are recommending that booksellers do the same. We also are notifying accounts that they may return the book to us."

Lindsey Graham‏ (@GrahamBlog)
This Sunday, will be a guest on @CNNSOTU discussing the latest on #Benghazi and the Iranian nuclear program.

Benjamin Netanyahu‏ (@netanyahu)
The Iranians are very satisfied right now, as they should be. They got everything, and paid nothing. http://youtu.be/4TMN4bXFoMY

Zeke Miller (‏@ZekeJMiller)
.@jearnest44 on Netanyahu video via pool: "there is no deal. Any critique of the deal is premature."

Governor Walker ‏(@GovWalker)
Today we paid special tribute to the 165,400 from WI who fought in Vietnam War – including 1,239 who died.

President Franklin Delano Roosevelt was the first president to fly, however he never flew on Air Force One. The term, Air Force One, was not used until military jargon was adopted by the Eisenhower administration in response to an incident where President Eisenhower’s plane flew into the same airspace as a commercial flight that was using the same call signal.

Air Force One has become one of the most iconic symbols of the Presidency. The aircraft is used not just for travel, but also as a place for important meetings and conversations between world leaders and lawmakers. Today, Sen. Mary Landrieu, D-Louisiana, flew with President Obama on Air Force One, but will not be joining him as he speaks in New Orleans about boosting exports.