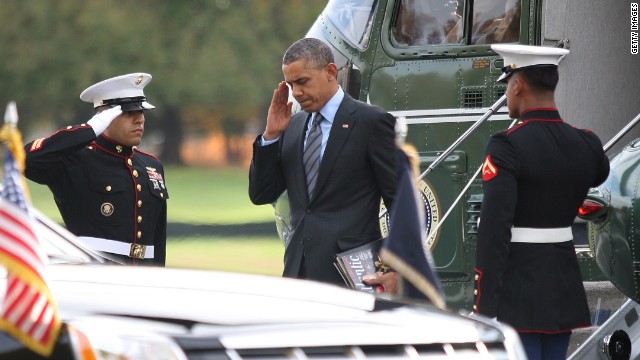 “Now that more of them are coming home, we need to serve them as well as they served us,” Obama said in his weekly address. “That requires more than a simple ‘thank you’ – especially from those of us who’ve been elected to serve.”

Serving veterans, Obama said, is largely about ensuring they have jobs when they return to civilian life.

That’s why “I’m going to keep calling on Congress to do the right thing and pass the Veterans Jobs Corps,” Obama said in one of the few political elements of the address.

Obama touted many of the efforts already in place for veterans like providing education opportunities, placing an emphasis on hiring former service members for federal jobs and facilitating the private sector to do the same.

“Thanks to these efforts,” Obama said, “we’ve made progress getting our vets back to work. But we’ve got a lot more to do.”