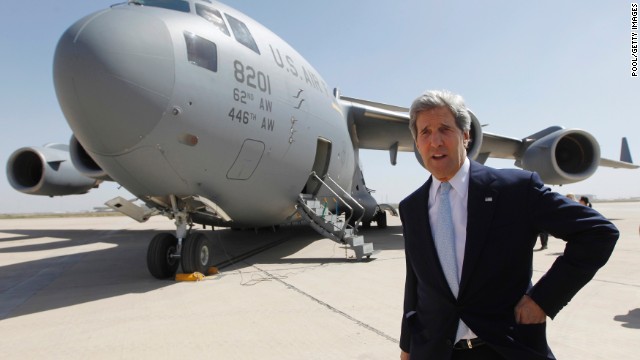 As the 50th anniversary of Kennedy's assassination approaches, Kerry made clear that he does not agree with the conclusions of the Warren Commission, which found Lee Harvey Oswald acted alone.

"To this day, I have serious doubts that Lee Harvey Oswald acted alone," Kerry told NBC's Tom Brokaw, in a report timed to coincide with the anniversary of the tragedy in Dallas on November 22, 1963.

On NBC’s "Meet the Press," host David Gregory asked Kerry to elaborate on the statement.

"I’m not going to do more than say that it’s a point of view that I have," Kerry said.

Kerry met Kennedy in 1962, when he was working as a volunteer for his brother Ted Kennedy’s senatorial campaign.
Kerry visited the White House and was promptly treated to a sailing trip around the District of Columbia with the leader of the free world.