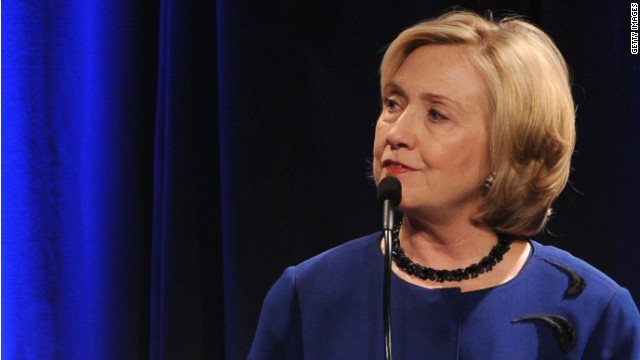 The day-long strategy sessions included a lunch moderated by David Brock, founder of the left-leaning Media Matters for America, on how to counter right wing attacks on Clinton.

Later in the evening, former Michigan Gov. Jennifer Granholm was scheduled to lead a discussion titled "Why I am Ready for Hillary."

The event also brought out two former Obama loyalists who are now supporting the Hillary group. Mitch Stewart, a former top aide to President Barack Obama's 2008 and 2012 campaigns, and Alissa Ko, who was the Obama campaign's Western regional operations director, were scheduled to lead a discussion on how to build a new Clinton coalition.

The inclusion of the two Obama aides – especially Stewart, who in 2008 leveled harsh criticism against Clinton – signaled that at least some of the team that helped Obama win the White House is prepared to back Clinton as well.

Tracy Sefl, a senior adviser for Ready for Hillary, told CNN that there were around 170 attendees at the strategy session.

"To have those people, who were so involved in the invocations of 2008 and 2012, it is exciting," Sefl said of Stewart and Ko. "To me, it is about innovation and progress and building on those victories."

Other panels during the event included a briefing on demographics, titled "What America Will Look Like in 2016" and a discussion on the finances needed to propel Clinton to the White House, titled "Building the Resources to Win."

Given the fact that there are over 1,000 days to go until voters head to the polls in 2016, some Democrats are worried that publicly building support for a candidate this early could backfire and add to voter disenchantment with the political process.

Sefl, while acknowledging those concerns, knocked them down.

Ready for Hillary is a Super PAC started earlier this year with two goals: urging the former secretary of state to run for president and raising both grassroots funds and enthusiasm for Clinton.

While the group says it is focused on building grassroots support, that is certainly not its sole focus. Last month, the group trumpeted via Twitter that ultra-wealthy hedge fund manager and liberal champion George Soros had thrown his weight behind it.

Although the group is barred by law from coordinating with Clinton, the fact that the PAC is made up of former Clinton aides and confidants means it is largely seen as the political precursor to any campaign the former first lady would mount should she decide to run for president in 2016.