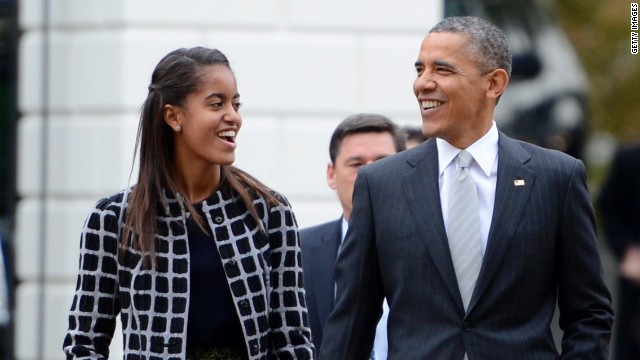 Washington (CNN) - President Barack Obama on Wednesday signed a bill that, it turns out, hits close to home.

H.R. 2094, the School Access to Emergency Epinephrine Act, was passed with bipartisan support to help students with food allergies, including oldest daughter Malia.

[twitter-follow screen_name='politicalticker']
"This is something that will save children's lives," the President said at the signing. "Some people may know that Malia actually has a peanut allergy. She doesn't have asthma, but obviously making sure that EpiPens are available in case of emergency in schools is something that every parent can understand."

The new law provides incentives to schools to set up plans to have EpiPens and trained staff members more readily available.

It gives funding preferences for asthma treatment grants to states where schools keep emergency supplies of epinephrine, allow school employees with training to administer it and develop a plan to make sure trained staffers are available during all school hours.

This is the first time Obama spoke of Malia, 15, having a peanut allergy.

Earlier, the family revealed that she suffered from allergies and that they were part of the decision on what kind of dog to get after the president took office.

–CNN's Steve Brusk and Conor Finnegan contributed to this report.