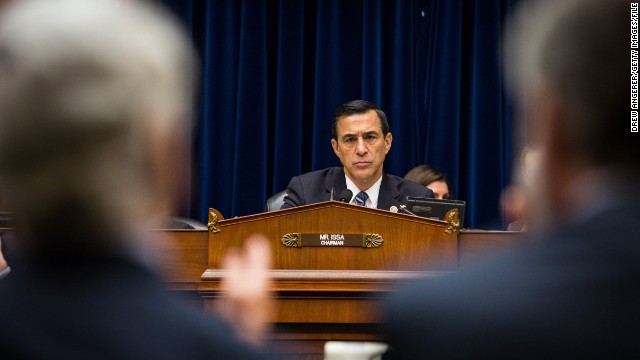 (CNN) - The House Oversight Committee is hearing from the government's top information technology experts as they explain the problems behind the troubled Affordable Care Act website HealthCare.gov.

Check back here for the latest updates.

2:08 p.m. ET - White House spokesman Jay Carney said in the daily press briefing that "you can expect" the Obama administration to announce plans for addressing health policy cancellations under Obamacare "sooner rather than later."

Carney said President Barack Obama has asked "his team" to come up with policy options, suggesting they were moving quickly. The House is expected to vote on a Republican plan to address the matter on Friday.

2:02 p.m. ET - White House spokesman Jay Carney said in the daily press briefing the Obama administration believes HealthCare.gov will be working smoothly for the vast majority of users by the end of the month as planned.

"We believe we're on track," he said of the problem-plagued federal portal for enrolling in Obamacare. "There is measurable progress to report. ... Each day we get closer to where we need to be."

1:12 p.m. ET - White House Chief Technology Officer Todd Park told House lawmakers that the Obamacare enrollment numbers would be released by the administration "shortly." He was responding to a question during a hearing on the troubled HealthCare.gov site.

1:01 p.m. ET - Despite the back-and-forth between Rep. John Tierney and Darrell Issa, Obama administration Chief Technology Officer Henry Chao reaffirmed that he decided to shut down the anonymous shopping aspect of HealthCare.gov because he had to choose a function that would allow consumers to compare plans, saying it was "much more critical to enrollment" than allowing consumers to browse anonymously.

Both Chao and Todd Park refused to say whether they would have delayed the October 1 website launch site. Chao said he didn't "have the luxury" of making that decision and followed the "delivery date" directive.

They were responding to questions by Republican Rep. Scott DesJarlais of Tennessee.

12:11 p.m. ET - Rep. James Lankford, R-Oklahoma, demonstrated the website's continuing problems by holding up his iPad and saying he had been trying to use HealthCare.gov for about an 90 minutes, but when he hits the "create account" button, it doesn't take him to the next screen. The button "just changes colors."

12:03 p.m. ET - When House Oversight Committee Chairman Darrell Issa asked the administration's technology chief, Todd Park, if the HealthCare.gov website "will work by November 30," Park did not respond with a definitive yes or no. He said that "the team is working incredibly hard to meet that goal."

See CNN’s latest update on the administration-imposed deadline to get the website working for a “vast majority” of people by November 30.

11:58 a.m. ET - A testy exchange between GOP Rep. Darrell Issa and Democrat Rep. Jim Cooper occurred 2 hours and 10 minutes after the start of the House Oversight Committee hearing. Cooper likened the hearing to a kangaroo court. Issa called that a serious accusation.

Cooper proceeded to say "this is a hearing on a broken website by a broken committee." Cooper than allowed the witnesses to speak their minds.

Administration tech officer Henry Chao did not shy from the opportunity and said he gets defensive during testimony when things that are said are "not the truth."

11:40 a.m. ET - In a fragmented back-and-forth between Rep. Jim Jordan, R-Ohio, and administration tech officer Henry Chao in the House Oversight Committee hearing, Jordan pointed to a politicized report by MITRE that said "end to end" security testing was not done prior to the launch of HealthCare.gov, "putting at risk American's personal information."

Chao said the report's statement was being "taken out of context."

David Powner, director of information technology management issues at the nonpartisan Government Accountability Office, attempted to clarify the discussion between Chao and Jordan, saying "the security testing was done early on an incomplete system. The fundamental question is what is being done now and is that adequate to date."

11:07 a.m. ET - In response to questions by D.C. delegate Eleanor Holmes Norton about the anonymous shopping component of HealthCare.gov, Chao said the decision to drop that aspect of the website was made because “it failed so miserably we could not consciously let people use it.”

The “anonymous shopping” aspect of HealthCare.gov would have allowed potential consumers to shop for health insurance plans without signing in and creating an account. Republicans have insisted that the decision to do away with the anonymous shopping came from the White House and was made for political reasons. Chao’s statement contradicts that assessment.

10:52 a.m. ET - U.S. Chief Technology Office Todd Park told members of the House Oversight Committee that “if you look at the trend line week over week, things are getting better" on the Obamacare website. The system can handle 17,000 new registrations per hour, he added.

10:45 a.m. ET - Rep. Elijah Cummings, the ranking Democrat on the House Oversight Committee, asked U.S. Chief Technology Officer Todd Park to respond to accusations made by Chairman Darrell Issa last week that Park and other political appointees were engaging in a “pattern of interference” with regard to congressional investigators.

"I don't take any of this personally,” Park said. “It's a fast moving situation with a lot going on."

“I have incredible love for this country,” Park added, noting that he is the son of Korean immigrants.

So if you put the Todd Park numbers together... http://t.co/trLfEPOzpg is operating at about half the intended capacity.

10:20 a.m. ET - Mr. Henry Chao, Deputy Chief Information Officer for the Centers for Medicare and Medicaid Services, told the House Oversight Committee that HealthCare.gov is working “much better” and that 17,000 users can now sign up each hour.

admin official chao just testified 17k users signing up on http://t.co/fD0SSfgWOC per hour... more during q and a – starting now

He also admitted earlier in his testimony that problems existed.

“We know now that we underestimated the volume of users who would attempt to log onto the system at the same time, and therefore our testing did not include performance testing at the volume we experienced at launch,” Chao’s written testimony said.

10:06 a.m. ET - Rep. Elijah Cummings, D-Maryland, ranking member of the House Oversight Committee, said in his opening statement that the hearing is motivated by politics and Republicans have no intention of working on a solution to ensure the Affordable Care Act is successful. "For the past three years, the number one priority has been to bring down this law," Cummings said, referencing the recent government shutdown and repeated attempts by Republicans in the House to repeal or defund the law.

9:58 a.m. ET - Rep. Darrell Issa questioned the security of HealthCare.gov. at the Oversight Committee hearing, insisting that there was not adequate security testing prior October 1, when the website went live. He said "hackers may soon find your Social Security number or your sensitive information ... because there was no security testing before the launch."

9:47 a.m. ET - Rep. Darrell Issa, R-California, chairman of the House Oversight and Government Reform Committee, said the Affordable Care Act website, HealthCare.gov, "wasn't a small mistake." He said it went "live and effectively exploded on the launchpad. ... The President should have known," Issa added, "They weren't ready. They weren't close to ready."