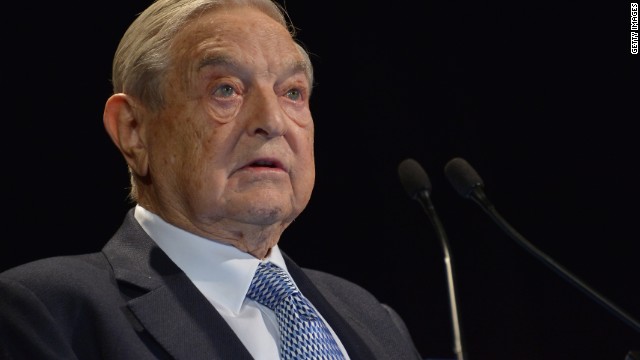 (CNN) - A data analytics company specializing in progressive causes is getting a new round of investment funding, including $2.25 million from liberal billionaire George Soros, the company said Thursday.

Catalist maintains a massive database of over 280 million Americans that can be applied to political data analytics, helping successful 2013 campaigns like Bill de Blasio in New York City and Terry McAuliffe in Virginia to better target their messaging person by person.

Soros - a lightning rod for conservatives because of his willingness to throw millions of dollars into liberal causes - was an initial investor of Catalist’s in 2006.

A member of the McAuliffe camp praised Catalist and its reinvestment in the statement.

“Catalist provided data and services that allowed our campaign to target cable TV far more effectively than has ever been previously possible in a gubernatorial race," said McAuliffe Deputy Campaign Manager Michael Halle.

According to the statement, Catalist is owned by a non-profit trust. Company profits are “reinvested in improving services and cutting costs for progressive organizations.”