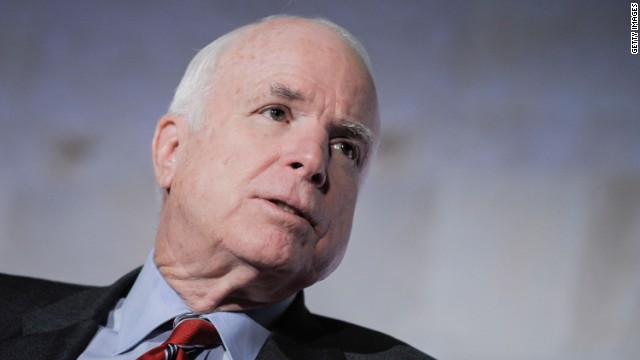 McCain: A lot of Republicans will look at Christie in 2016

Washington (CNN) - Arizona Sen. John McCain made it clear Thursday he wasn’t endorsing Chris Christie for president, but he had some favorable words for the recently re-elected New Jersey governor.

“I think a lot of Republicans will look at someone like Chris Christie” in 2016, the 2008 GOP presidential nominee said at the Aspen Institute’s “Washington Ideas Forum” at the Newseum.

“I'm not endorsing, but don't we need a person who has proven that they can win in a Democrat state?”

“We are going to have to win Democrat states if we want to elect … a Republican in 2016,” McCain said.

Christie’s star has risen dramatically in recent months, with a wave of 2016 speculation helping to boost him in recent presidential polls.