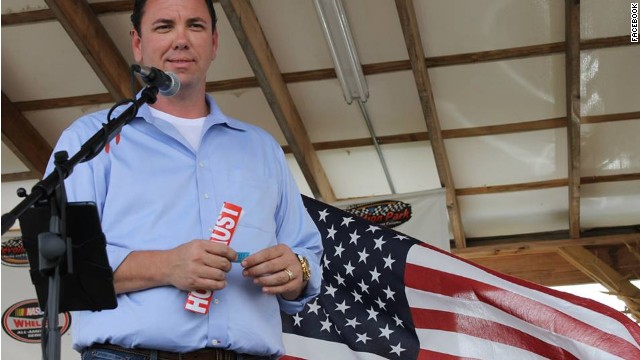 With 99% of the vote in, the state's Secretary of State announced a winner in a special election for Louisiana's 5th district that pitted Republican against Republican.

[twitter-follow screen_name='politicalticker']
With 60% of the vote, Vance McAllister, a 39-year old businessman and political newcomer, defeated state Sen. Neil Riser, who lost with 40%.

The election was a run-off after an October 19 open primary with more than a dozen candidates, where Riser and McAllister finished in first and second place, at 32% and 18%, respectively.

Both men ran on strong anti-liberal, anti-Washington platforms, including vows to repeal Obamacare.

"A self-made businessman and Louisiana native, Vance’s priorities of fiscal responsibility and accountability will be an excellent addition to Louisiana’s delegation here in Washington," said National Republican Congressional Committee Chairman Greg Walden, R-Oregon, in a statement.

"I look forward to working with Vance as we fight back against ObamaCare and this Administration’s expensive, big-government, tax and spend policies.”

The seat was vacated by six-term Congressman Rodney Alexander. This summer, Alexander announced he would not run for reelection in 2014, only to bump up his departure and resign effective September 27. He has since joined Gov. Bobby Jindal's administration as the Secretary of the Louisiana Department of Veterans Affairs.

"It is clear that the people of the Fifth Congressional District rejected the extreme policies of the state and national Democrat party. Once again, the voters of the Fifth Congressional District have decided to send a conservative Republican to represent them in the nation's capitol," said Louisiana Republican Party Chair Roger Villere in a statement.

"Mary Landrieu should take special notice of the results of this election. This race proves that Louisianians want leaders who will shake up the liberal establishment in Washington."

The race gained some considerable media attention when TV star Willie Robertson from "Duck Dynasty" was floated as a potential candidate. He went on to campaign for McAllister, calling him his "good buddy" in an Internet ad.