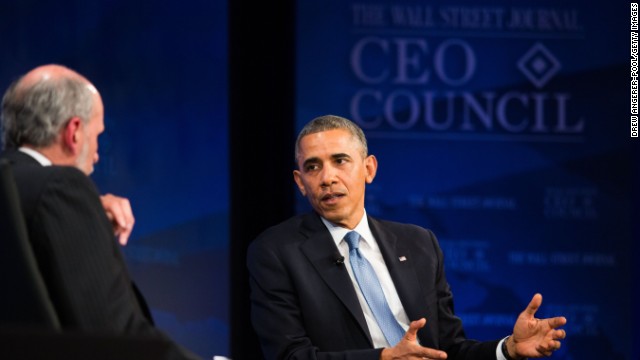 Obama: ‘Probably no bigger gap’ between private and public sector than info technology

(CNN) - While admitting his administration underestimated the challenges involved in developing and executing a functioning federal healthcare exchange website, President Barack Obama said the deeper issue is how inefficiently the federal government manages information technology (IT).

"In fact, there's probably no bigger gap between the private sector and the public sector than IT," Obama said on Tuesday at a Wall Street Journal conference in Washington.

"So what we probably needed to do on the front end was to blow up how we procure for IT, especially on a system this complicated. We did not do that successfully.”

“Now, we are getting it fixed,” Obama said regarding the technical issues that have left many Americans unable to sign up through the online federal exchange. “But it would have been better to do it on the front end rather than the back end."

The administration and Health and Human Service officials have promised significant fixes to the functionality of federal healthcare website by the end of the month but recent reports have brought about questions of the extent to which the Obama administration were aware of the site’s technical glitches before the October 1 online launch and when.

A CNN survey shows an increase in enrollments in Obamacare in states not using the troubled website but continued low enrollment numbers for people under the age of 35, a key demographic needed to offset the older and sicker population in the pool in order to drive down costs.