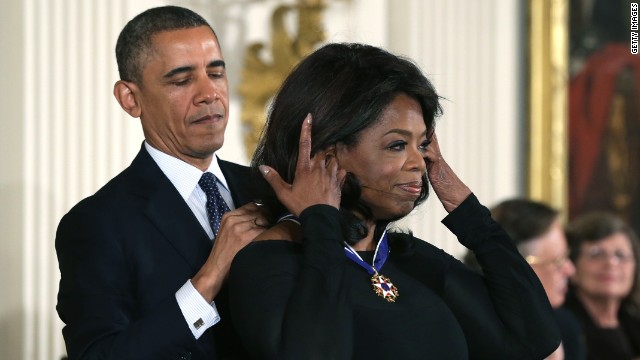 BREAKING: CONGRESSWOMAN HIT, ROBBED NEAR CAPITOL
U.S. Rep. Grace Meng, a Democrat from New York, was hit in the back of the head and robbed near the U.S. Capitol on Tuesday night, her office said Wednesday. – Dan Merica

JUST IN … DEEDS STABBED MORE THAN 10 TIMES – Sources close to the investigation tell CNN Gus Deeds stabbed his father more than ten times just outside Creigh Deeds' home. As the state senator stumbled down the driveway bleeding, his son went back into the house and shot himself. …

HEALTH CARE WEBSITE CRASHES ON SECRETARY SEBELIUS, WITH CAMERAS ROLLING … Talk about bad timing. Health and Human Services Secretary Kathleen Sebelius paid a visit Tuesday to a community health center in Florida where a group of navigators were helping local consumers sign up for health insurance through the federal exchange website – HealthCare.gov. As she stopped to talk to one of the enrollees, the website temporarily crashed.

Obamacare enrollments pick up, but don't include many young people
Obamacare might be off to a slow start but it's starting to pick up steam, at least in states that are not using the beleaguered HealthCare.gov website. – Caleb Hellerman

OBAMA: OPRAH AND I WERE GIVEN THE SAME ADVICE …
“Early in Oprah Winfrey’s career, her bosses told her she should change her name to Suzy. I have to pause here to say I got the same advice. They didn’t say I should be named “Suzy,” but they suggested I should change my name. People can relate to Suzy, that’s what they said. It turned out, surprisingly, that people could relate to Oprah just fine.”

In the House: Obamacare vs. shutdown – House Democratic campaign chief Rep. Steve Israel of New York shrugged off GOP declarations that the new health care law's failures spelled doom for Democrats in the midterms, telling CNN in an interview, "if Republicans are going to run on rooting for failure, then so be it." … Instead Israel insists House Republicans owned the shutdown and "2014 will not be referendum on the President, it's a referendum on whether you want to elect a Republican who will continue to do damage, it's about a do-nothing or do-damage Congress. – Deirdre Walsh

TRAIL TRIVIA
(Answer below)
What does first lady Michelle Obama say is her favorite guilty pleasure?

Leading Drudge: HE'S GOT SAG
President Obama's job approval rating has plunged to the lowest of his presidency, according to a new CBS News poll released Wednesday, and Americans' approval of the Affordable Care Act has dropped it's lowest since CBS News started polling on the law.

Leading HuffPo: Tea Party Stands At Crossroads After Big Losses
After a string of setbacks and losses, the insurgent Tea Party movement is at a crossroads, between learning to live within the Republican Party or pursuing its fight against those it sees as not conservative enough.

Leading Tampa Bay Times: Fla. Rep. Trey Radel gets probation on cocaine charge
U.S. Rep. Henry "Trey" Radel of Florida has pleaded guilty to a misdemeanor charge of cocaine possession and was sentenced to a year's probation. The first-term Republican entered the plea in court Wednesday morning, acknowledging that he purchased 3.5 grams of cocaine from an undercover agent.

Leading Albuquerque Journal: Albuquerque voters reject late-term abortion ban
As the nation watched, Albuquerque voters soundly rejected plans late Tuesday to make their home the first city in the country to ban abortions after 20 weeks of pregnancy, according to unofficial election returns. About 55 percent of voters opposed the proposal, and 45 percent supported it. – Dan McKay and Jim Monteleone

- Gov. Perry: This is good news -
STATEMENT BY GOV. RICK PERRY ON THE SUPREME COURT DECLINING TO BLOCK HB 2, WHICH ALLOWS TEXAS ABORTION RESTRICTIONS TO REMAIN IN EFFECT: “This is good news both for the unborn and for the women of Texas, who are now better protected from shoddy abortion providers operating in dangerous conditions. As always, Texas will continue doing everything we can to protect the culture of life in our state.”

- Cruz: Obama refused to negotiate –
SEN. TED CRUZ, R-TEXAS, IN AN INTERVIEW WITH CHRIS CUOMO ON NEW DAY: “Throughout the Obamacare fight, throughout the shutdown, I was reaching out to Democrats saying let's work together to provide meaningful relief for the millions of people who are being hurt because of Obamacare. And what President Obama and the Democrats said is we will not negotiate, we will not compromise. In fact, President Obama invited all of the Senate Republicans over to the White House in the middle of the shutdown. We all sat there. He called us in a room and said, ‘I called you over here to tell you I'm not going to negotiate. I'm not going to compromise on anything.’ That's not reasonable. That's not how you get anything done.”

- Jeb Bush: Time to show restraint –
FORMER FLORDIA GOV. JEB BUSH AT AN EVENT IN NEW YORK CITY WHEN ASKED ABOUT A PRESIDENTIAL RUN: "I'm trying to avoid the family conversation to be honest with you. I want to defer that to when it matters … There's a time to make a decision. You shouldn't make it too early, you shouldn't make it too late. There's a time. There's a window. And this is not the time for me. This is the time to show a little self-restraint."

- Bush: 'Eight years in the spotlight is enough' -
PRESIDENT GEORGE W. BUSH IN AN INTERVIEW TUESDAY WITH JAY LENO:
LENO: I know you’ve avoided talking policy for the last six or seven years, explain why.
BUSH: I don’t think it’s good for the country to have a former president criticize his successor.
LENO: Now President Obama is sort of getting all the late-night jokes now...
BUSH: Better him than me!
LENO: Are you glad you aren’t president now?
BUSH: Yeah, I am. Eight years is plenty. Laura and I love living in Texas. Dallas is our home. We’re very comfortable there. We’ve got a lot of friends there. I really don’t miss the spotlight. It’s hard for someone to believe, but I think eight years in the spotlight is enough.
LENO: Well I must say you look much more relaxed.
BUSH: No kidding.

- Obama family talent divide–
MICHELLE OBAMA IN AN INTERVIEW WITH BET TUESDAY IN RESPONSE TO A QUESTION ABOUT WHO IS A BETTER DANCER, HER OR HER HUSBAND: “That’s easy. Me. Without a doubt. He can sing. I can dance. I think that divides the talent evenly across the family tree. We’re all satisfied.”

Office of VP Biden ‏(@VP)
In honor of the VP’s bday, our favorite snapshot of him at 10 years old. Happy Birthday! –OVP pic.twitter.com/66Qc77w9VE

Domenico Montanaro (‏@DomenicoNBC)
Ernie Banks on Medal of Freedom: “I just think about boy, I wish my mom and dad were alive today to see this happen." http://chicago.cbslocal.com/2013/11/19/ernie-banks-wishes-parents-could-see-him-win-medal-of-freedom/ …

Michelle Jaconi ‏(@mjaconiCNN)
True Story: Ernie Banks gave me batting practice once. My parents met him & asked him to come give our little league pointers- and he did!

In an interview on BET’s “106 & Park” Tuesday, the First Lady admitted that her favorite guilty pleasure is French fries.

“I would say French fries are my most favorite guilty pleasure, she said. “If I could eat French fries every day I would, but I can’t.” The First Lady also mentioned that she enjoys Garrett’s Popcorn, a snack made from a famous popcorn shop in her hometown of Chicago, and pizza.

During the interview, Mrs. Obama stressed making healthy choices while also maintaining a balanced life. “I mean, I believe in ‘Let’s Move,’ but I always talk about life and balance. I work out hard. I work out every day. Eat your vegetables; get your work-out in, Let’s Move, all that is good stuff, but a French fry every now and then, isn’t too bad.”

The First Lady’s guilty pleasure is far less healthy than her husband’s favorite food. In response to a child’s question at a White House Kids’ State Dinner in July 2013, President Obama admitted that his favorite food was broccoli