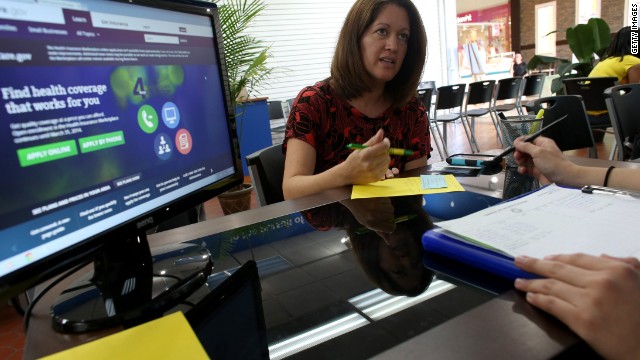 Washington (CNN) - It's a playbook on the bruising field of health care politics, complete with "x's and o's."

Obtained by CNN, and reported first by Roll Call, the playbook was released late last month. A Republican source who provided the strategy memo to CNN says it will be updated and released to GOP House members Thursday.

"The administration now has a serious competence problem. Healthcare.gov is so much more than a website. The website should have been the easy part," the playbook reads.

The disclosure of the memo, produced by the office of House Republican Conference Chair Cathy McMorris Rodgers, comes amid a sustained Republican onslaught against the Affordable Care Act.

President Obama has noted the highly organized opposition to his signature legislative achievement.

“One of the problems we’ve had is one side of Capitol Hill is invested in failure,” Obama said at a Wall Street Journal event with some of the nation's top CEO's Tuesday.

"In the playbook, there’s not a single word devoted to helping constituents enroll or offering an alternative idea to help Americans gain access to quality, affordable care," he added.

A spokesperson for House Minority Leader Nancy Pelosi said Democrats will continue to back the program.

"While Republicans continue to fixate on sabotaging health reform and root for failure, House Democrats will continue to stand tall in support of the Affordable Care Act, work to strengthen the health reform law as implementation continues, and ensure that millions of uninsured Americans get coverage," Drew Hammill said in a statement.