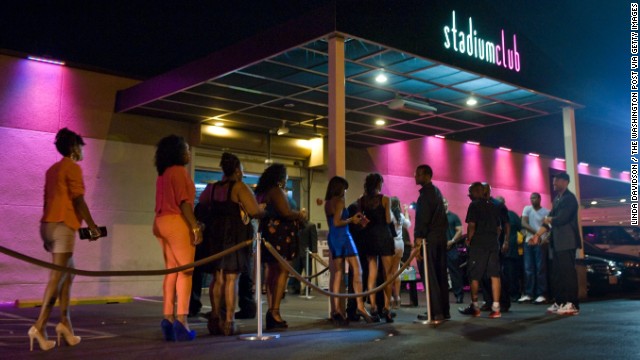 The District of Columbia Office of Tax and Revenue announced Friday that the tax debt is now satisfied and the club is free to reopen.

(CNN) - Let the jokes begin: The District of Columbia is now the owner of a strip club.

The Office of Tax Revenue for the District announced Thursday it seized the Stadium Club, the glitzy setting of the online TV show "Strip Club Queens," to satisfy debts owed by the club's owner, James Redding.

According to a press release from the Tax Revenue Office, Redding owes more than $100,000 in sales and use tax for his former restaurant called TruOrleans, which was also seized in September and essentially shut it down.

After Redding failed to pay other outstanding taxes, the District said it was able to take enforcement action against his other assets, including the Stadium Club.

The Washington Post describes the club, which is located in the Northeast quarter of the District, as a massive expanse frequented by more women than men.

"Stadium, with color-changing chandeliers lighting up 14,000 square feet, has become a chic hot spot for young African American women," the 2012 story about the club says. "They host bachelorette and birthday parties here, buy rounds of drinks and chitchat while other women work the pole. The club is a bucket-list item for black yuppies."

Calls to the Office of Tax and Revenue on what will happen to the club were not immediately returned.