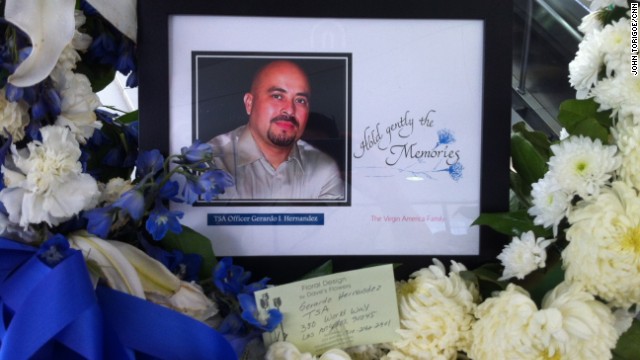 The President also met with Tony Grigsby and James Speer - two other TSA officers who were wounded in the November 1 shooting incident.

Creigh Deeds: 'I am alive for a reason'

(CNN) - Virginia State Sen. Creigh Deeds, who was stabbed multiple times by his son, said he will work to change how mental health services are delivered so that "other families don't have to go through what we are living."

Chairman of Florida GOP calls on Rep. Trey Radel to step down

(CNN) - The chairman of the Republican Party of Florida called on U.S. Rep. Trey Radel, who pleaded guilty last week to misdemeanor cocaine possession, to step down in a statement released Monday night.

"The people of Florida’s 19th Congressional District need a Congressman who is 100 percent focused on the needs of Southwest Florida. Therefore, Congressman Radel should step down and focus his attention on rehabilitation and his family," said Chairman Lenny Curry.
END_OF_DOCUMENT_TOKEN_TO_BE_REPLACED

"I need your help here," he cried out from his place on the stage behind Obama, an area where protests rarely originate. "There are thousands of families separated. Every single day."
END_OF_DOCUMENT_TOKEN_TO_BE_REPLACED 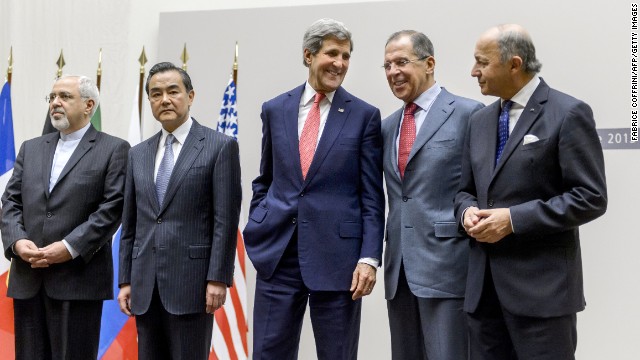 Washington (CNN) - It is the first major international agreement on Iran's nuclear ambitions after a decade of failed efforts, and follows the first notable thaw in U.S-Iranian relations in 34 years.

Then why are so many people at home and around the world so angry, or at least concerned, about the six-month deal reached over the weekend by negotiators in Geneva?

(CNN) - House Intelligence Chairman Mike Rogers, R-Michigan, said his committee was not informed of months of secret meetings between U.S. and Iranian officials prior to the official deal on Iran's nuclear program reached over the weekend.

"There was no formal notification, certainly that I received, and my understanding was neither did the Senate, which is concerning," Rogers told Wolf Blitzer on CNN's "The Situation Room."
END_OF_DOCUMENT_TOKEN_TO_BE_REPLACED 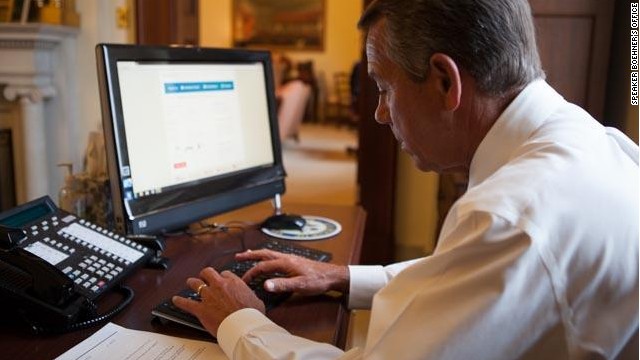 Boehner signs up for Obamacare, with government support

Washington (CNN) - The top Republican leading the charge against Obamacare is now signed up for it and will take thousands of dollars in government support to help with its costs, a spokesman for House Speaker John Boehner confirmed to CNN.

Boehner's premiums for his new plan under the Affordable Care Act will nearly double from his current monthly payments, even with the federal contribution.

Washington (CNN) – White House officials have held at least three conference calls with various leaders of the American-Jewish community to reassure them since the nuclear deal between Iran and the major Western powers was announced, CNN has learned. 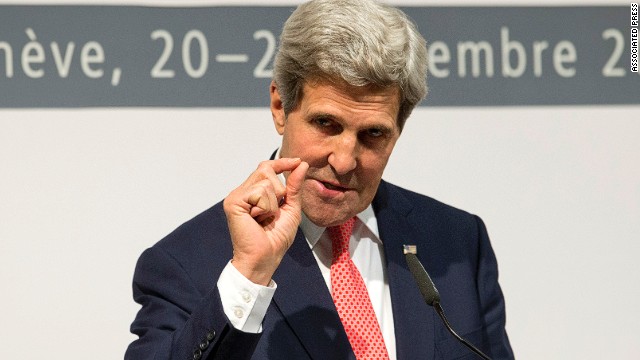 JUST IN: NO CLEAR MOTIVE BEHIND SANDY HOOK SHOOTING:  The evidence clearly shows that the shooter planned his actions, including the taking of his own life, but there is no clear indication why he did so, or why he targeted Sandy Hook Elementary School, Connecticut officials wrote in a report released Monday afternoon on the second-deadliest shooting in U.S. history.

Lanza had "an obsession" with mass murder and "a strong interest in firearms," the report states. On his computer, investigators found a spreadsheet detailing mass murders over the years; two videos depicting gunshot suicides; two pictures of Lanza pointing guns at his own head; and movies and a video game depicting school shootings.
END_OF_DOCUMENT_TOKEN_TO_BE_REPLACED

(CNN) - Former Sen. Rick Santorum criticized the interim deal to slow Iran's nuclear program. And the 2012 Republican presidential candidate said the move by President Barack Obama was "an act of a desperate” chief executive hoping to change the political narrative.

"This deal also does nothing to dismantle Iran's nuclear program. It provides vital resources for a ruthless regime to continue to oppress its people, threaten its neighbors, support terrorism, stabilize its economy, and violate numerous U.N. resolutions pertaining to its nuclear program," Santorum said in a statement.
END_OF_DOCUMENT_TOKEN_TO_BE_REPLACED