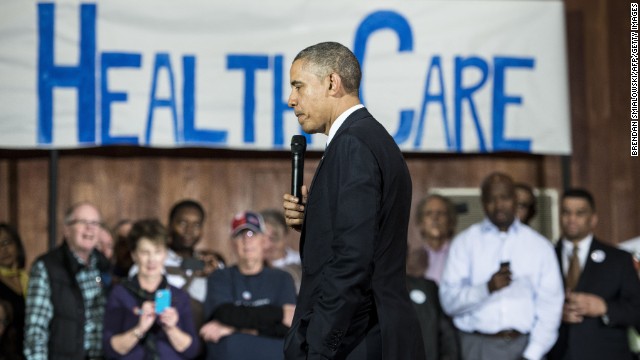 White House (CNN) – Obama administration officials are sounding increasingly confident they will meet the President's goal of having the troubled website HealthCare.gov working for the "vast majority" of users by November 30.

"We continue to be on track to meeting the goals that we established for ourselves and established for the website on Nov. 30," Deputy Press Secretary Josh Earnest told reporters on Air Force One Monday en route to San Francisco for an event and fundraiser President Obama was expected to attend.

The tech team working on HealthCare.gov has increased the site's capacity, boosting it to a level of 50,000 "concurrent" users, Earnest said.

Earnest said the site's tech team has added what he described as a queuing system for times when the site is slowed by heavy demand. This system would allow visitors to leave their email addresses on the site, which would ping them later when they could get back in line and have an easier time signing up.

"It also will significantly enhance the consumer experience on the website. It had to be frustrating for people who would repeatedly go to the website and find that they couldn't log on because the website is busy," Earnest said.

A spokeswoman for the agency in charge of implementing the Obamacare website said Monday that after portions of the site were taken down over the weekend, it experience an unanticipated outage for about an hour Monday morning.

As contractors and officials work toward the deadline, CMS spokesman Julie Bataille cautioned the site will continue to experience "intermittent periods of suboptimal performance."

A senior administration official also told CNN the website will not be bug-free on November 30. But this official says contrasting with where the site was on October 1, HealthCare.gov will be much improved.

"This continues to be a work in progress," Earnest said.

Obama, who has said he was unaware of the issues plaguing HealthCare.gov prior to the October 1 launch date, has been receiving regular updates on the site's repairs, a senior White House official said.