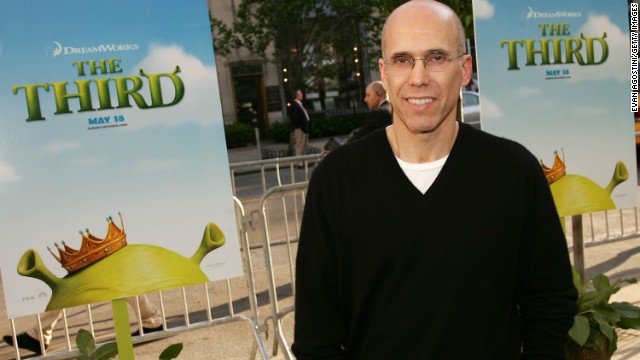 Delivering remarks at the animation studio headed by one of his top financial backers, Obama called the entertainment industry "one of the bright spots of our economy," employing thousands of Southern Californians who create a top American export.

"The gap between what we can do and what other countries can do is enormous," Obama said at DreamWorks Animation, headed by Jeffrey Katzenberg. He added later that U.S. studios "helped shape the world culture in a way that makes the world better."

Hollywood's highly paid studio executives, agents, lawyers and movie stars have long provided Democrats with a reliable source of campaign cash - and have provided a draw for regular donors as well. During the 2012 presidential election, the President's campaign raffled off access to events with George Clooney, Sarah Jessica Parker, and other stars. The Clooney event netted a reported $15 million.

In all, the entertainment industry formed the fourth largest sector for Obama fundraising in 2012. The reliance on celebrity cash has drawn critics - in 2008, John McCain ran an ad comparing the President to Paris Hilton.

During his speech to a supportive crowd on Tuesday, Obama blasted Republicans who he said were solely focused on blocking his signature health care legislation.

"We'd be a lot further along if we could just get folks to act with some sense. If we didn't have one wing of one party that was obsessed with repealing health care for 40 million people," he said.

Katzenberg brought in almost $1.9 million for the President in 2012, according to Opensecrets.org; in August of this year, Obama and the animation mogul had a private dinner in the President's hotel after a Tonight Show taping.

DreamWorks, the studio behind the massively popular "Shrek" franchise, has been ranked as one Fortune Magazine's best places to work, partly for the expansive, Mediterranean-style campus where the studio is based in Glendale. That's where Obama spoke Tuesday. The studio employs more than a thousand workers; however, a poor box office for "Rise of the Guardians" earlier this year forced DreamWorks to lay off 350.

At the time of the staff reduction, in February, Katzenberg told "The Hollywood Reporter" the layoffs were "the hardest thing I've had to do since we started DreamWorks."

In the months since the layoffs, some new jobs have been added at DreamWorks; in all, the entertainment industry has added jobs over the last year and employment is up 5.5% since the end of the recession. However, like manufacturing and customer service positions, animators and certain technical roles risk being outsourced to countries with cheaper labor.

Southern California, where the President also raised money for Congressional Democrats, is home to virtually all of the country's movie and animation outlets, meaning Obama could have chosen any number of places to highlight the entertainment industry's importance in the overall economy. He did meet with leaders of several studios and media conglomerates Tuesday, including Walt Disney, NBC Universal, and Warner Brothers.

A White House spokesman said Monday that Katzenberg's financial ties to Obama and Democrats didn't play a role in the choice of venue.

"Contributing to the President's campaign or being a political supporter of the President doesn't guarantee a presidential visit, but it shouldn't exclude you from one either," Deputy Press Secretary Josh Earnest said aboard Air Force One.