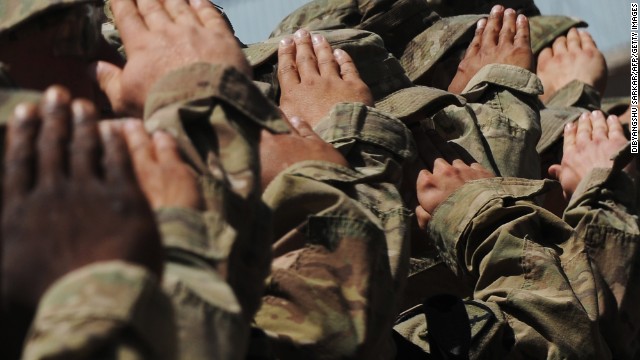 (CNN) – As Americans celebrate Thanksgiving, President Barack Obama and the GOP expressed gratitude on Thursday to members of the military serving overseas during the holiday.

Sen. Lindsey Graham, a South Carolina Republican and a member of the Armed Service Committee, said the celebrations are a reminder to be grateful for life’s basic comforts and the nation should remember those unable to make it home for the holiday.

"Whether in the cities of Iraq or the many remote, isolated villages of Afghanistan, I've seen the oppressive conditions under which our bravest Americans are forced to operate," Graham said in the Republican weekly address.

"Yet our soldiers continue to persevere and carry on, driven by a desire and commitment to keep our enemies at bay. For these Americans, their service to protecting our nation is more than a job. It is a calling."

In the White House weekly address, Obama also thanked men and women in uniform for defending American democracy, including the rights of free speech and freedom of religion.

"People around the world are fighting and even dying for their chance at these freedoms. We stand with them in that struggle, and we give thanks for being free," the President said, also thanking volunteers helping families who are struggling in poverty or have lost their jobs.

“We believe in pitching in to solve problems even if they aren’t our problems. And that’s not a one-day-a-year belief,” he said. “It’s part of the fabric of our nation.”

Obama, the First Lady and daughters Sasha and Malia volunteered at a food assistance and distribution center in northeast Washington on Wednesday.

The family split responsibilities in operating one of the food stations scattered across a large warehouse, filling and divvying out bags of food.