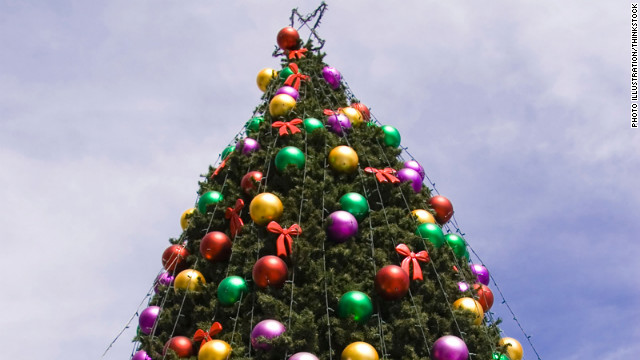 'Christmas' is back in Rhode Island State House

Rhode Island Gov. Lincoln Chafee put out a statement Monday announcing that the tree at the State House will be called a "Christmas tree," ending a two-year long controversy.

In 2011, in his first year as governor, Chafee's calling of a "holiday tree" sparked protests, including a competing Christmas tree lighting ceremony. A state lawmaker even called the governor a "Grinch."

Chafee, a Republican turned independent turned Democrat, said in a statement that "In 2011, my first year celebrating December in the State House I gave a simple six word instruction to the planners of the annual tree lighting: 'Do what they did last year.' "

Previous governors had used the term "holiday tree," as well.

"Despite the myriad of pressing issues facing Rhode Island and the nation, this presumably happy event became a focal point for too much anger. Strangely lost in the brouhaha was any intellectual discussion of the liberties pioneered here in Rhode Island 350 years ago in our Charter. Because I do not think how we address the State House tree affects our 'lively experiment,' this year's invitation calls the tree a Christmas tree," Chafee continued.

The tree lighting in the State House rotunda in Providence, Rhode Island is scheduled for Thursday at 5 p.m. ET.

Chafee announced in September that he would not run for re-election next year.