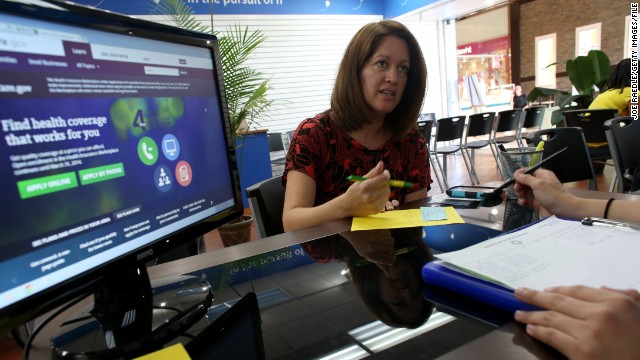 (CNN) – The Maryland office where government contractors toiled away to repair the broken HealthCare.gov website was like "a scaled-down control center for some sort of launch of a rocket," according to a tech expert who toured the facility.

John Engates, chief technology officer at tech firm Rackspace Hosting, toured the operation at QSSI, a firm charged with organizing the website fixes, a week ago, as the December 1 deadline for getting HealthCare.gov working bore down.

"It is kind of smaller than you'd imagine that NASA control center, but it's much the same design," Engates told CNN Senior White House Correspondent Jim Acosta Friday on "The Lead."

"It's got those desks and everybody's got a phone and a couple computers on the desk and they've got big screens on the wall where they're monitoring the health and uptime of that website and paying very close attention to how well it's performing," he continued.

The administration has kept the facility closed to news organization's cameras, inviting only print reporters and tech experts to tour the facility.

On Sunday, White House officials claimed they had met their deadline for getting the health website working, saying response times had been cut down and capacity increased to allow 50,000 users concurrently.

Jeffrey Zients, the official tasked with managing the repair work, said Sunday the team conducting the repairs was functioning more like an independent firm than a government entity.

"We needed to get the team working with the speed and urgency of a high performing private sector tech company," he said.

Zients and other officials say glitches remain to be fixes–and Engates told CNN the site could still fail if demand reaches unanticipated levels.

"I don't think anyone can predict with 100% certainty what that traffic is going to look like," he said. "It's very hard to predict, especially given the publicity that's going on right now."