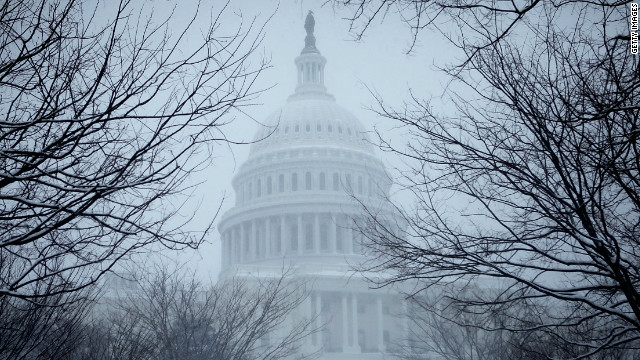 Washington (CNN) - House Republican leaders would offer a short-term spending bill to remove any threat of a government shutdown in January if congressional budget negotiators fail to reach a deal before lawmakers recess for the holidays, multiple sources said.

Several House GOP members told leaders at a weekly closed-door meeting on Tuesday they are worried about going home at end of next week with a January 15 deadline looming for Congress to approve another government spending bill.

The current spending blueprint was approved in late October after a three-week federal shutdown the public largely blamed on Republicans.

Many rank-and-file GOP members now fear a new backlash from voters if they don't take steps to show they won't repeat that episode, an argument Republican leaders were sympathetic to addressing.

"I think the House should act on that – that provides stability. The more we can act early, I think the better it is," Oklahoma Republican Rep. Jim Lankford, a member of GOP leadership, told reporters.

One Republican source who attended the weekly meeting told CNN that House Speaker John Boehner's "personal preference" is to consider a proposal next week. But no decision has been made about the timing of any vote.

Another senior House Republican leadership aide said pressure from members to avoid complaints from constituents during the holiday break makes a vote next week "highly possible."

House Republican leaders informed members they would work on a catch-all spending bill - called a continuing resolution or "CR" - that maintains annual spending at levels set down in a 2011 congressionally approved budget agreement – $967 billion.

But they have not decided if another temporary measure would last for one or two months or another timeframe.

Not all House Republicans think a short term bill is needed.

House Appropriations Committee Chairman Hal Rogers said he'll get to work on an omnibus spending bill for all agencies as soon as House/Senate budget negotiations settle on proposed funding levels, which he believes will occur before a December 13 deadline to do so.

Democrats are already panning the idea of another short-term measure, and the spending level suggested by House Republicans.

Maryland Democratic Rep. Chris Van Hollen, who is part of the budget talks as a member of a House/Senate conference committee, called another CR "simply an indication that the House is totally dysfunctional."

He said members shouldn't leave for the year until a budget deal is passed that addresses deep, government-wide spending cuts under the so-called sequester.

Democrats are also pushing for any budget deal to extend unemployment insurance, which is scheduled to expire on December 28, ending benefits for over a million jobless Americans.