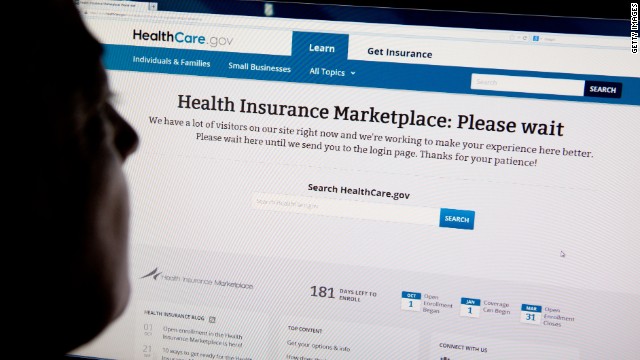 Obamacare enrollment ramps up in days after website fix

(CNN) – A revamped federal health care website has helped enroll 29,000 Americans in insurance plans over the past several days, a source familiar with the numbers said on Wednesday.

The number is higher than the online enrollments for the entire month of October, and reflects a boost in sign-ups after HealthCare.gov underwent a massive repair job after its initial launch.

"The data is still being scrubbed but looks like we will be 29,000 for enrollment in federal exchange for the first two days since the site improvement deadline at the end of November (midnight Sunday to midnight Monday),” the source said, noting the number reflects people who have successfully selected a plan, but that haven’t yet paid for it.

On Sunday, administration officials announced they had met their deadline for getting HealthCare.gov working for the “vast majority” of users, saying response times and error rates had been slashed while capacity increased.

They also described the weeks-long repair process that involved overhauling the website’s management structure and installing a 24-hour “rapid response” team to address technical issues as they arise.

Those technical issues put a damper on the first month’s enrollment figures for the Affordable Care Act. Just over 106,000 people signed up for Obamacare in October. Fewer than 27,000 Americans selected plans through HealthCare.gov. The rest signed up through state exchanges.

A separate source who was familiar with November’s numbers said earlier this week that 100,000 people had enrolled online in the exchanges last month.