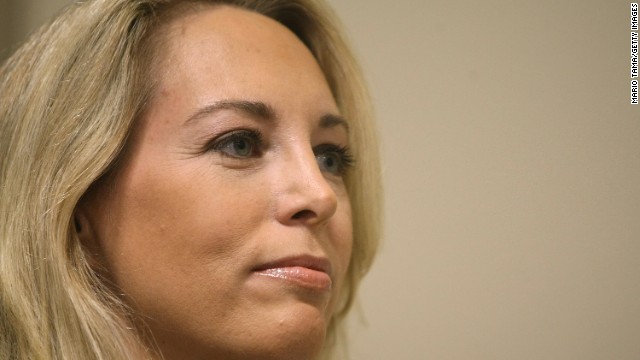 Plame Wilson tweeted out a New York Times article about Cheney's father, former Vice President Dick Cheney, who's speaking at an upcoming fundraiser in Washington for a new super PAC that supports his daughter's Senate bid.

"This article is the epitome of Washington insiderdom," she wrote.

This article is the epitome of Washington insiderdom: ‘Super PAC’ to Raise Money for Liz Cheney’s Senate Bid http://t.co/2qzWpzrHuz

The former Vice President, who Plame Wilson accuses of being involved in the leaking of her identity, has been supportive of Liz Cheney's bid against incumbent GOP Sen. Mike Enzi in Wyoming.

In October, Cheney predicted his daughter would win, and he came to her defense in a recent public spat between Liz and her sister, Mary, over their differences on same-sex marriage.

Mary is a lesbian who married a woman last year, while Liz says she opposes same-sex marriage.