Now who's having trouble with health care signup? Ask Congress

Washington (CNN) - Congress itself is now having so much trouble signing up for the Obamacare exchanges that late Friday the top administrator in the House of Representatives laid out a backup plan in case lawmakers and staff can't get through the process by the time their enrollment ends Monday.

The red flags started reaching critical mass Thursday and Friday, when some staff and members of Congress told House administrators they were having trouble enrolling through the Washington health exchange, known as DC Health Link. The D.C. exchange is the official signup portal for Congress, where members must go to get health care through their job.

END_OF_DOCUMENT_TOKEN_TO_BE_REPLACED

(CNN) - President Barack Obama and his family lit the National Christmas Tree on Friday, continuing a 91-year tradition in Washington. In his remarks at the ceremony, the President also paid tribute to Nelson Mandela.

"This year we give a special measure of gratitude for Nelson Mandela and man who championed that generosity of spirit," Obama said of the iconic former president of South Africa, who passed away Thursday at the age of 95.
END_OF_DOCUMENT_TOKEN_TO_BE_REPLACED 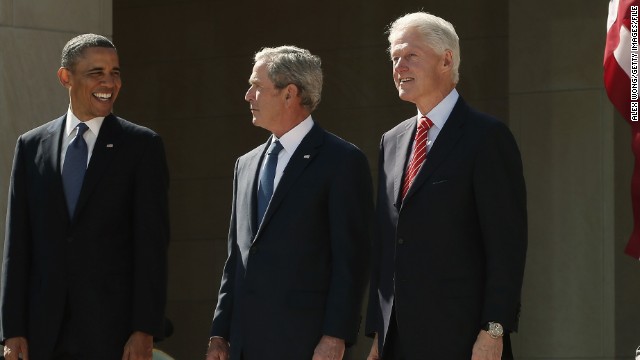 JUST IN … Former Presidents George W. Bush and Bill Clinton will join President Barack Obama on the trip to South Africa to attend a memorial for Nelson Mandela.

BILL CLINTON REMEMBERS NELSON MANDELA IN AN INTERVIEW WITH WOLF BLITZER:… “One of the most enduring conversations I had with him … He said, 'I realized they could take every single thing away from me except my mind and my heart. Those things I would have to give them. And I decided not to give them away.'" And he looked at me and smiled and he said, ‘neither should you.’ I'll never forget it as long as I live."

JIMMY CARTER’S MEMORIES OF MANDELA IN AN INTERVIEW WITH JAKE TAPPER …"He's been almost absolutely undeviating in his ability to forgive people who hurt him personally, and hurt the people that he loved. And that was the Nelson Mandela I knew," said Carter.

Carter's grandson Jason had served in the Peace Corps in South Africa and spoke Zulu. So Carter brought Jason to Mandela's home, and found himself sidelined at the visit. "They spent that whole half an hour talking to each other in Zulu, and pretty well ignored me, the former president of the United States," said Carter, with a laugh.

END_OF_DOCUMENT_TOKEN_TO_BE_REPLACED

Is it always the economy, stupid?

Washington (CNN) - There will be plenty of legacy items by which to judge President Barack Obama.

Obamacare, for instance: Whether the new law that seeks health insurance for every American is a prudent piece of policy or an albatross of government overreach is a matter of opinion. How about drawing down the wars in Iraq and Afghanistan? What about his efforts to police suspected terrorists abroad through the use of deadly drone strikes?

On the other side of the world, a young college student named Barack Obama was riveted by the anti-apartheid movement in South Africa and the brewing crusade to free the renowned activist.

Bill Clinton on Mandela: 'He inspired me before I knew him'

The former South African president, who emerged from prison after 27 years to lead his country out of decades of apartheid, died Thursday after ongoing health issues.
END_OF_DOCUMENT_TOKEN_TO_BE_REPLACED 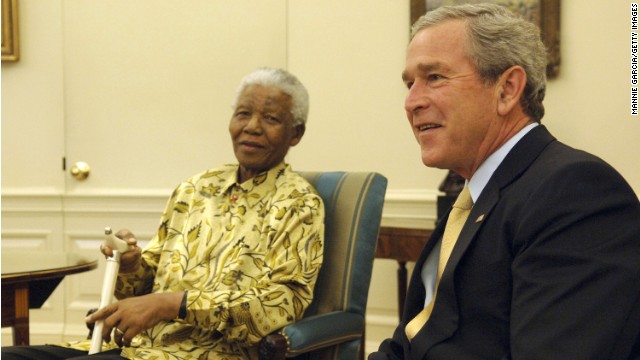 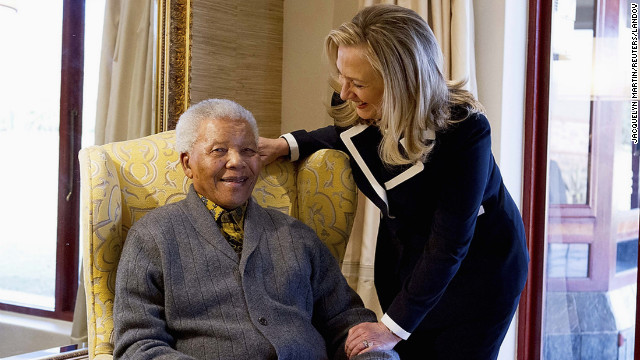 Clinton made her remarks at an award reception commemorating the late Democratic Rep. Tom Lantos, the only Holocaust survivor to serve in Congress.
END_OF_DOCUMENT_TOKEN_TO_BE_REPLACED

Is Paul running for president? Ask his wife

(CNN) - Republican Sen. Rand Paul said he needs a heavy dose of political persuasion if he is to run for president in 2016.

Paul was asked about higher political aspirations on Friday. He said his wife owns both available votes in his family. “Both of them are ‘no’ votes right now,” he told the audience.
END_OF_DOCUMENT_TOKEN_TO_BE_REPLACED

Washington (CNN) – New York Rep. Peter King is headed to New Hampshire later this month on a trip that includes a meeting with a well-placed Republican operative and a speech to a group that aims to elect local Republicans.

King, whose name has been thrown around as a possible Republican candidate in 2016, told CNN in an interview that he is only traveling to the crucial primary state “as a national politician” and will not be “asking for anyone’s endorsement or for donations.”