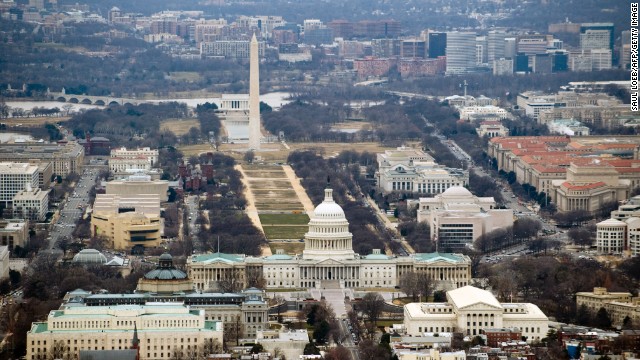 Their comments came in weekly addresses.

Allowing unemployment benefits to expire will "actually harm our economy," Obama said, hitting Republicans in what’s been termed a do-nothing Congress for failing to take action.

"Unemployment insurance is one of the most effective ways there is to boost our economy. When people have money to spend on basic necessities, that means more customers for our businesses and, ultimately, more jobs. And the evidence shows that unemployment insurance doesn’t stop people from trying hard to find work.

Obama continued: "But now that economic lifeline is in jeopardy. All because Republicans in this Congress - which is on track to be the most unproductive in history - have so far refused to extend it."

On December 28, unemployment benefits will expire for 1.3 million workers. In order for the jobless benefits to continue, lawmakers must extend the recession-era program by the end of the month. The Congressional Budget Office notes that if the benefits expire the U.S. GDP could fall 0.2 percentage points next year.

Obama's remarks echo comments he made in a speech earlier this week on the growing gap between the wealthy and the poor in the United States.

Republican House Speaker John Boehner suggested that Republicans are open to the idea of extending benefits.

"After all, it’s often women who make the health care decisions for our families. We put a lot of time and thought into these choices and how they’ll affect our budgets," she said in the GOP weekly address.

"So by canceling your insurance - despite a promise to let you keep your plan - the Obama administration is essentially saying it knows what’s best for you and your family. Not only that, they are making you pay more - usually much more - and in many cases, taking away the doctors you’ve been seeing for years."

Ellmers went on to share stories of constituents in her North Carolina district who face cancellations of their insurance policy because of the Affordable Care Act (ACA) and pushed for a delay of the individual mandate portion of that law.

Obama's health care law's online rollout was marred with technical issues after its initial launch in October. Though the functionality of the site has improved, reports of canceled insurance plans have continued to plague the President as he defends the merits of his signature legislation.

Republicans have hammered the Obama administration on both issues, continuing to point to a pledge the President made in 2009 and 2010 that if you had an insurance plan you liked, you could keep that plan under his health care reform.

"For our part, Republicans will continue to listen, focus on jobs, and give this law the scrutiny it deserves," Ellmers said.

"If the president won't scrap this law, isn't it time for him to delay it for all Americans before it does further harm?"