(CNN) - The second-ranking Senate Democrat said Sunday that extending unemployment benefits won't necessarily be a sticking point for his party in budget negotiations, though he hopes they are included.

"No, I don't think we've reached that point where we've said this is it - take it or leave it," Sen. Dick Durbin, D-Illinois, said on ABC's "The Week" when asked if his party would demand the extension of jobless benefits be included budget talks.
END_OF_DOCUMENT_TOKEN_TO_BE_REPLACED 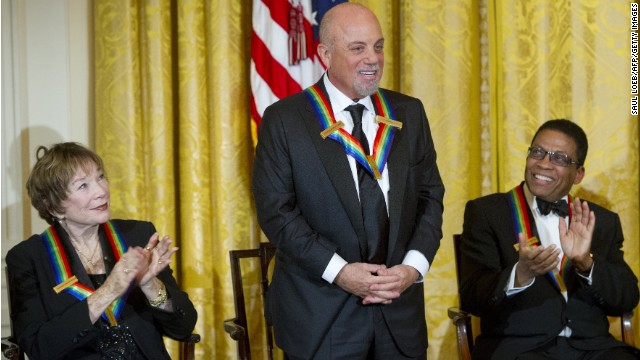 END_OF_DOCUMENT_TOKEN_TO_BE_REPLACED

(CNN) - Kentucky Republican and potential 2016 presidential candidate Sen. Rand Paul said Sunday extending unemployment benefits past what the U.S. federal government has already paid would be a "disservice" to workers.

"I do support unemployment benefits for the 26 weeks that they're paid for. If you extend it beyond that, you do a disservice to these workers," he said, appearing on "Fox News Sunday."
END_OF_DOCUMENT_TOKEN_TO_BE_REPLACED

(CNN) - After President Barack Obama said he would accept a peaceful nuclear program from Iran, including modest uranium enrichment, U.S. congressmen on the Homeland Security and Intelligence committees agreed Sunday that the concession complicates further negotiations.

"We can envision a comprehensive agreement that involves extraordinary constraints and verification mechanisms and intrusive inspections but permits Iran to have a peaceful nuclear program," Obama said Saturday at the Brookings Institution’s Saban Forum in Washington.
END_OF_DOCUMENT_TOKEN_TO_BE_REPLACED

"I personally see it spreading like a spiderweb, like a wildfire, through Northern Africa and the Middle East," Rep. Mike McCaul, R-Texas, told CNN's Candy Crowley on "State of the Union."
END_OF_DOCUMENT_TOKEN_TO_BE_REPLACED

"The thought has crossed my mind,” Paul said on “Fox News Sunday.”
END_OF_DOCUMENT_TOKEN_TO_BE_REPLACED