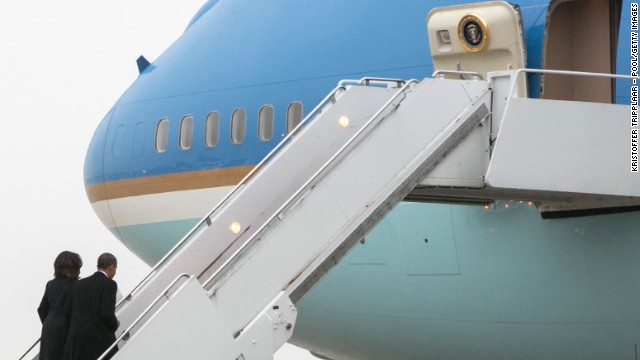 Washington (CNN) - With President Obama departing for South Africa just four days after learning of the death of Nelson Mandela, security and logistical preparations that would usually take months were crammed into less than a week. "We've done things in less time," said a Secret Service spokesman.

The expectations for the agents assigned to protect the President are the same as if they had six months to prepare, said the spokesman, who noted the former South African president and anti-apartheid icon had been ill for some time, which allowed U.S. personnel to make some preparations in advance in conjunction with the State Department and the South African government.

Secret Service agents in Rome and Pretoria have been working on logistics like securing hotel rooms, vehicles and additional agents headed to South Africa as soon as they learned the President could be going.

"It's a compressed timeline, but there are certain protocols we must have in place for any trip," the spokesman said. These protocols involve everything from securing the motorcade route and hotel rooms to doing security walkthroughs.

Former Presidents Jimmy Carter and Bill Clinton, along with Chelsea Clinton, were also planning to attend the memorial service at a 94,000-seat soccer stadium in Soweto on Tuesday. They'll be joining more than 90 heads of state at what will be the one of the biggest mass memorial events in recent memory. The sheer number of leaders appearing in the same place at one time raises numerous logistical and security challenges, but the White House expressed confidence in the South African government's ability to handle the event.

"We have not heard any concerns," Deputy National Security Adviser Ben Rhodes told reporters aboard Air Force One. "Number one – the South Africans hosted the World Cup, so they have experience hosting significant crowds and managing events like this. Although clearly this is really a unique event in world history given the number of leaders coming to pay their respects, as well as the people of South Africa."

The Secret Service spokesman noted that while the agency's preference is to bring their own metal detectors to such events, they do not have authority over local law enforcement in foreign countries and would be working with South African officials on security matters. The spokesman could not offer specific details on efforts to secure the stadium.

Nearly two dozen members of Congress, including Georgia Rep. John Lewis, a civil rights icon, and Texas Sen. Ted Cruz, whose praise for Mandela last week prompted backlash from some of his supporters, will attend the memorial

The President, whose very first political action was an anti-apartheid protest in college, is expected to speak at the memorial service, according to the White House. Rhodes said the President worked on his remarks over the weekend and would continue that work on the flight.