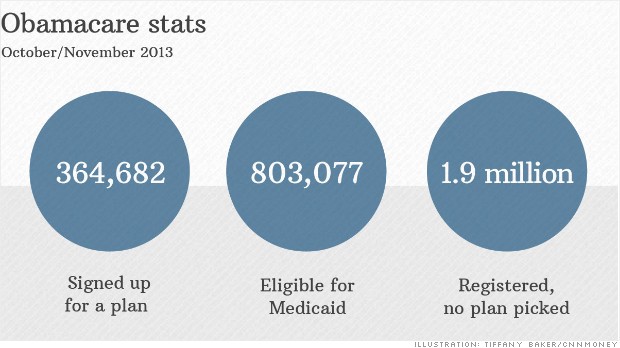 New York (CNNMoney) - Nearly 365,000 people have signed up for Obamacare in its first two months, but that's still a far cry from the 7 million projected to ultimately enroll for 2014.

The pace of sign-ups accelerated in November after the Obama administration worked to solve technical problems with healthcare.gov. Officials say there has been an even bigger increase in traffic in recent weeks.