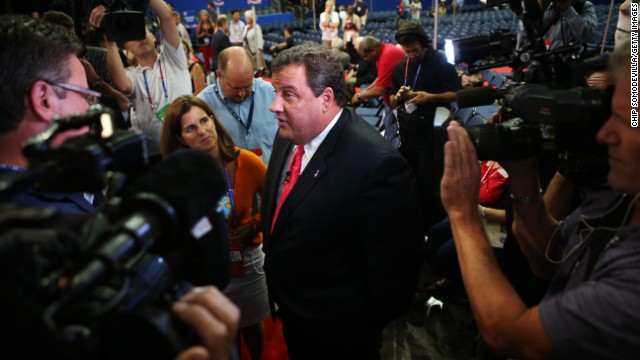 (CNN) - If you think that Garden Staters are concerned that their governor, Chris Christie, will run for president in 2016, think again.

A new poll indicates that most New Jersey residents expect Christie to launch a bid for the White House, and few are bothered by that, even if Christie steps down as governor. And the Monmouth University/Asbury Park Press Poll, released Wednesday, also suggests that the Republican governor could turn New Jersey red in a presidential election for the first time in more than a quarter century.

Sixty-nine percent of those questioned in the poll say that they believe Christie is already planning to run for president in 2016. Amid mounting speculation that he'll launch a campaign for the GOP nomination, the tough-talking governor, who won a landslide re-election last month over a little known Democratic challenger, has not committed to serving out his second term in Trenton.

The poll indicated little partisan divide between Democrats, Republicans and independents on any of these questions.

Then Vice President George H.W. Bush, who carried New Jersey in his 1988 election as president, was the last Republican to win the state in a presidential contest. But the poll suggests Christie could grab New Jersey's 14 electoral votes.

According to the poll, Christie holds a 46%-43% margin over former Secretary of State Hillary Clinton, who would be the overwhelming frontrunner for the Democratic nomination if she runs again for the White House, in a hypothetical 2016 general election matchup.

The Monmouth University/Asbury Park Press Poll was conducted Dec. 4-8, with 802 New Jersey adults questioned by telephone. The survey's overall sampling error is plus or minus 3.5 percentage points.