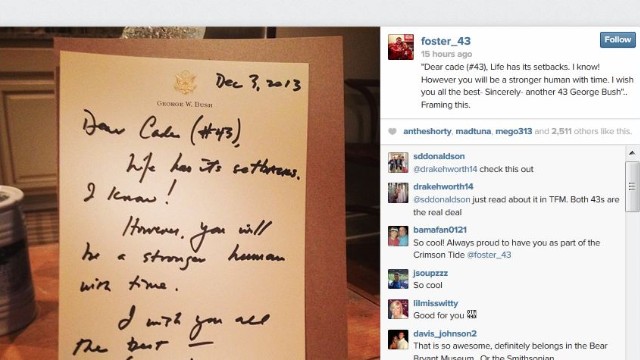 "Dear Cade (#43), Life has its setbacks. I know! However you will be a stronger human with time. I wish you all the best," the 43rd President wrote.

The kicker missed two field goals and had a third one blocked during the game. Alabama's coach replaced Foster with another kicker for the final play of the game: a 57-yard field goal.

With the score tied at 28-28 and with one second left, the ball fell short of the goalposts, resulting in a 100-yard touchdown return and a historic upset for Auburn.

"Framing this," Foster wrote on his Instagram, along with a photo of the letter.