The President's promise on Obamacare is called "the lie of the year." State of the Union's political panel discusses.

(CNN) – Two budget experts weighed in Sunday on the bipartisan budget deal reached last week, saying the deal brings a sigh of relief but not the reforms needed to create a positive shift for the economy.

"This doesn't get in the way. But there's some things out there that could finish this off and make it much more powerful," Douglas Holtz-Eakin, who was director of the Congressional Budget Office during the George W. Bush administration, said on CNN's "State of the Union."
END_OF_DOCUMENT_TOKEN_TO_BE_REPLACED

McCain: CIA did not tell Congress the truth about Levinson

(CNN) - Sen. John McCain joined CNN's "State of the Union" from Kiev, Ukraine, on Sunday after the Arizona Republican addressed thousands of protesters who are angry over the Ukrainian government's decision to backpedal away from an agreement with the European Union.

McCain spoke about a range of issues happening around the globe, and suggested the Central Intelligence Agency was not truthful to Congress about former FBI agent Bob Levinson, who went missing in Iran seven years ago.

Here are five noteworthy points from the interview.
END_OF_DOCUMENT_TOKEN_TO_BE_REPLACED 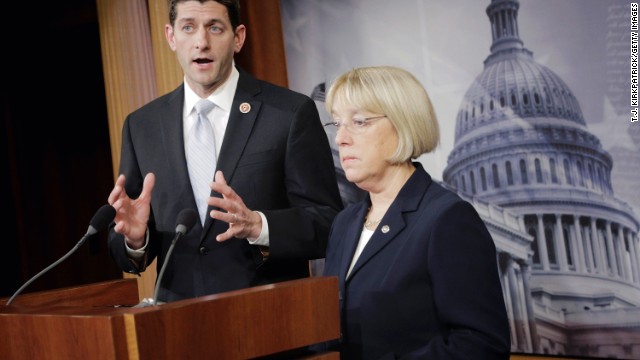 Lawmakers provide some glimmers of hope in Washington

Washington (CNN) – That warm and fuzzy feeling lawmakers had on Capitol Hill last week for doing their jobs and finally passing a budget continued into the weekend, as the architects of the deal patted each other on the back for a job well done.

Paul Ryan: Boehner ‘just got his Irish up’

Washington (CNN) – House Speaker John Boehner was peeved last week at conservative groups that blasted a bipartisan budget agreement before one was even announced. But House Budget Chairman Paul Ryan said it was really just that Irish temper of his.

McCain says he would vote for budget deal

(CNN) - Sen. John McCain, R-Arizona, said Sunday he'll vote for a compromise budget bill in the Senate that would prevent another government shutdown.

"I hope it will pass the Senate," he said on CNN's "State of the Union." "We must not shut down the government again. We can't do that to the people of this country and my state."
END_OF_DOCUMENT_TOKEN_TO_BE_REPLACED

Kerry also weighed in on reports about former FBI agent Robert Levinson, who went missing in Iran seven years ago. The United States has not stopped efforts to get him released, Kerry told ABC's "This Week."

The secretary of state is on an overseas trip that's taken him to Jerusalem, Ramallah, Vietnam, and will carry him through Manila and Tacloban later this week.
END_OF_DOCUMENT_TOKEN_TO_BE_REPLACED