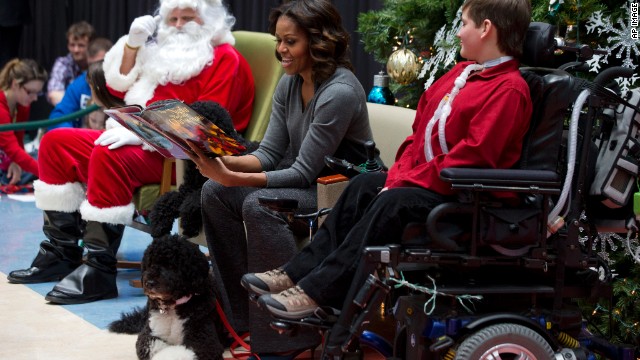 "This is one of my favorite traditions ... coming to see you guys at the hospital," she told a group of children, staff members and families that had gathered to see her.

After a tour through the medical care unit, Obama sat down to read "A Visit From St. Nicholas" ('Twas the night before Christmas ...) to the group.
END_OF_DOCUMENT_TOKEN_TO_BE_REPLACED 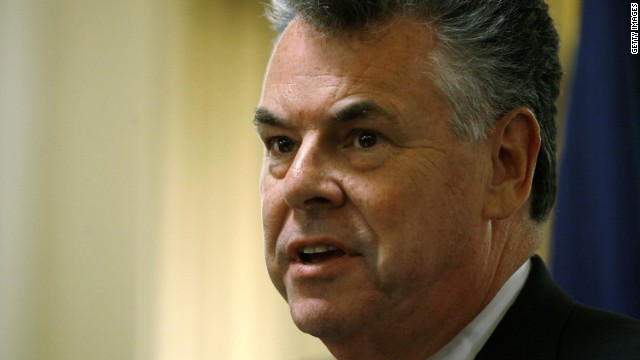 King of New York was in the early primary state of New Hampshire to speak with conservative groups.

He told CNN the location for the unveiling of the PAC was not a coincidence.
END_OF_DOCUMENT_TOKEN_TO_BE_REPLACED

Johnson was nominated by Obama in October and will replace former Secretary Janet Napolitano, who left the Cabinet post earlier this year to head California's public university system.
END_OF_DOCUMENT_TOKEN_TO_BE_REPLACED

(CNN) – The Obama administration said on Monday it had resolved the latest technical glitch with the HealthCare.gov website, one that hit over the weekend and prevented people from enrolling properly in new policies under Obamacare.

Everyone who has selected a plan from a private insurer through the Obamacare marketplace now should be in direct contact with an insurer to resolve billing and payment, according to the agency responsible for overseeing the website.
END_OF_DOCUMENT_TOKEN_TO_BE_REPLACED 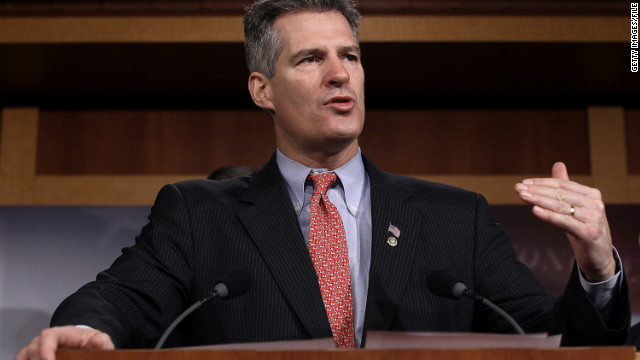 Obama to meet with Apple's Tim Cook, other tech CEOs

NEW YORK (CNNMoney) - President Obama will meet with more than a dozen big-named tech CEOs on Tuesday to discuss cybersecurity and the failures of the Obamacare website.

The freshman Florida Republican previously announced he would take a leave of absence and entered a drug treatment facility after he admitted buying cocaine from an undercover agent.
END_OF_DOCUMENT_TOKEN_TO_BE_REPLACED

Brown gets more encouragement to launch Senate bid in N.H.

(CNN) - An advocacy group that is encouraging former Sen. Scott Brown of Massachusetts to launch a Republican challenge next year in neighboring New Hampshire against Sen. Jeanne Shaheen is going up with a new TV commercial criticizing the Democrat for her support of the federal healthcare law.

Ending Spending tells CNN that its TV spot will start running Tuesday in the Granite State. The group says it's spending in the low six figures to run it for a week.
END_OF_DOCUMENT_TOKEN_TO_BE_REPLACED

(CNN) - Members of Congress are dueling it out with lobbyists and car salespeople as the least honest profession, according to new national survey.

A Gallup poll released Monday also indicates only 47% of Americans find clergy to be honest and ethical - the first time the rating has slipped below 50% since Gallup first asked about the clergy in 1977.
END_OF_DOCUMENT_TOKEN_TO_BE_REPLACED

(CNN) - A federal judge said Monday that he believes the government's once-secret collection of domestic phone records is unconstitutional, setting up likely appeals and further challenges to the data mining revealed by classified leaker Edward Snowden.