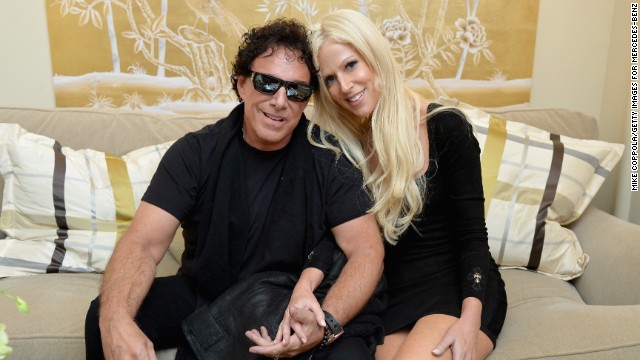 CNN affiliate KGO reports the event took place under the rotunda at the Palace of Fine Art, and the couple made the ceremony available to viewers on pay-per-view for $14.95 - money that will in part go to typhoon relief in the Philippines.

Salahi, a former star of Bravo's Real "Housewives of D.C," first gained national notoriety in 2009 when she and then-husband Tareq Salahi attended a state dinner at the White House without an invitation. They were were even were photographed with President Barack Obama.

Schon and Salahi's romance made headlines in 2011 when her former husband reported her missing when, unbeknownst to him, she had traveled to Memphis, where Journey was performing, to be with Schon. The Salahis filed for divorce shortly thereafter.

Schon proposed to Salahi on stage at a concert last October.