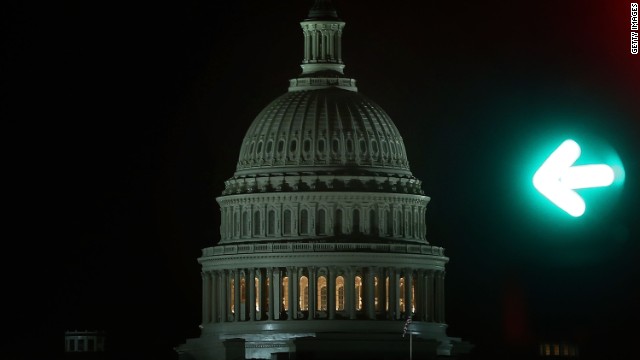 Washington (CNN) - Fallout from the so-called “nuclear option” Senate Democrats triggered last month - when they dramatically weakened the ability of minority Republicans to filibuster presidential nominees - continued to reverberate through the Capitol on Wednesday as GOP Senators threatened to keep the chamber working into the Christmas recess if Democrats insisted on approving a large slate of presidential nominees.

It remained unclear if Senate Majority Leader Harry Reid would press ahead to clear the nominees or pull back from the brink and let senators return home for the holidays.

Republicans vowed if Reid moved forward they would require the many hours allowed by Senate rules to debate each nominee.
That could stretch to Sunday or longer.

Coburn has told Senators that he would be willing to stay in town, forcing Democrats to keep the Senate in session and be around for votes, so that other Republican Senators could return home.

Reid and Senate Minority Leader Mitch McConnell met Wednesday, but there was no word if they had made progress on the issue.

Republicans argue that none of the nominees is essential and Reid should adjourn the Senate for its two week recess and deal with it when the Senate reconvenes in January.

“There is nothing urgent about any of them,” said Sen. Lamar Alexander, R-Tennessee who blamed Democrats for the yuletide struggle between the parties. “They took away our right to influence the nominations so it’s up to them if they want to stay here until Sunday night.”

At issue are 10 nominees currently being filibustered by Republicans. They include Janet Yellen to be Chairman of the Federal Reserve; Alejandro Mayorkas to be the Deputy Secretary of Homeland Security, and John Koskinen to be IRS Commissioner.

Reid said he was “troubled” Republicans think these officials are not essential.

“The Senate could wrap up work on the budget bill, pass the Defense Authorization legislation and confirm these nominees by Thursday afternoon,” Reid said. “The only thing keeping us here is more Republican obstructionism.”

Despite all the huffing and puffing from both sides, several Senators said they thought the lure of a Christmas recess would be more powerful than another standoff.

“There is nothing stronger than the smell of jet fumes on a Friday and that intoxicating effect is never stronger than during the holidays,” said Sen. Roger Wicker, R-Mississippi, who predicted that “members are in the mood for a Christmas truce.”